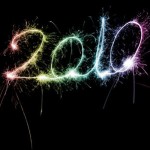 I gained fifteen pounds despite losing my balls.

I drank to the point of vomiting more times than in college and high school combined.  More than once, I had to pull over while driving my car for this purpose.

I added another person to our household while adding another 12 months of failure to the quest to sell our house.

I lost my first case in 7 years.

My dad got cancer; my brother went to jail.

I doubled my income but managed to be less charitable than I was in ’09.

It was a few hours after a networking event at a bar on West Peachtree in midtown.  I had decided climbing a fence into a condo complex swimming pool while in a suit at 1am when it was 40-something degrees outside would be a good idea, got kicked out by security, and then walked back to the parking garage where I’d left my car, only to find it had a rolling gate that was now down and locked.  I held the metal fencing, the openings providing a blurry view of the lone car in a garage with signage clearly indicating patrons must remove their vehicles by midnight.  Something about being blocked from my way home on a drunken weeknight felt so…pathetic.  I began to cry.

Then, a tap on my shoulder.

The voice belonged to a black man who looked twice my age and like he spent his evenings in Woodruff Park just down Peachtree.  I let go of the fencing and followed him down the dark sidewalk.  I reached into my left front pocket to see if I had any cash, as I was certain this guy was about to start talking about how he ran out of gas on his way to Birmingham and just needed some help filling his tank back up so he could see his family.  But he never did.  He led me to a place in the fence surrounding the garage that was disconnected from the concrete floor and pulled it up for us to crawl underneath.  We walked into the garage and stopped next to my car.

I’m taking Pretty Bride to Hawaii in a few days.  Later in the year, I’m taking the entire family to Destin, Cape Cod, Key West, and to the cherished promised land of Alabama.

I signed up for a 10-mile hike later this month.

I bought and have read most of The Four Hour Body.  Then I paid some asshole $50, climbed into this thing and had him tell me I’m 29% body fat: 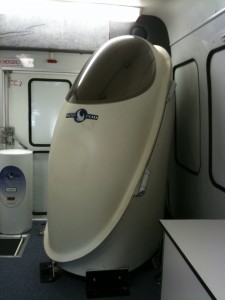 I hired a full-time paralegal so I don’t work til 11pm every night.

I resigned my leadership role in the Guard for one requiring less time in uniform.

PB and I are having bi-weekly budget meetings to make sure we prioritize better this year.

I starting meeting with a mentor every week.  Not a professional coach–a spiritual one.

I put my keys back in my pocket and sat down. We started talking.  I don’t remember for how long or what I said, but I learned about his childhood, his past dreams and mistakes, and that the shelter he often used for sleeping on cold nights was the one I’d volunteered at a couple of Father’s Days ago.

And I realized that this guy would absolutely love to trade places with me and have my life.  And that I was pissing on it.

I gave him a hug, and he left my life forever.  Or so he thought.