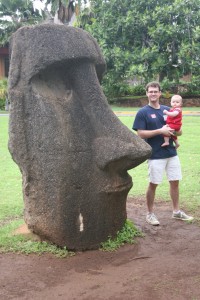 First, finagle your way into another military-sponsored trip to a base in Hawaii.
Second, take an 8-month-old.
Third, pray said 8-month-old refrains from screaming during the 19 hours spent on airplanes.  Simple!

We left on Sunday, a few hours before the Atlanta Snowpocalypse 2011 (leaving my mother in charge of three children who were out of school all week.  Screw you, Grandma!).  Miraculously, baby Lola did not scream or cry the 10+hours we flew over, despite spending very little time napping. 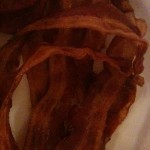 Monday, I was supposed to be at work at 0730, but I arrived to an empty building.  The flight had been canceled, and no one told me.  So, we went to my favorite breakfast spot in the world:  Duke’s.  Mango juice, coffee, and a plate full of bacon, right by the ocean.  Wonderful.

Afterward, it was back to the hotel to football.  The only way a 3rd-generation Alabama graduate can watch an Auburn national championship game: 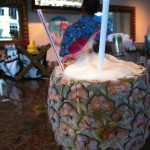 There was some shopping, some rather outstanding meals, massages for Pretty Bride and me, scenic drives, and visits to the Bishop Museum and ‘Iolani Palace.  Pictures are below the jump: 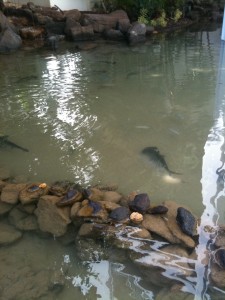 Our hotel had a shark pool.  I told Lola this is where the naughty babies learn to swim. 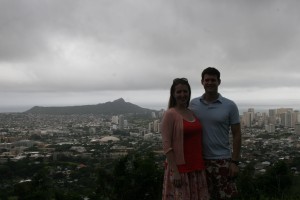 Between rain storms above Honolulu. 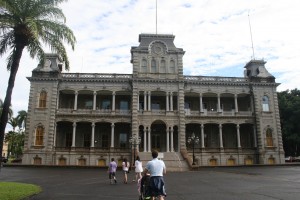 Given our country’s dearth of monarchs, this is your only shot at visiting a palace on U.S. soil. 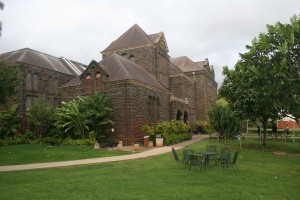 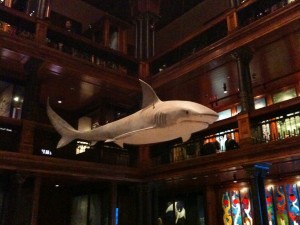 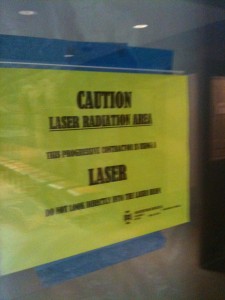 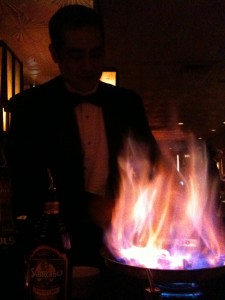 After a few days at a quiet resort, we decided to change hotels, moving to Waikiki Beach instead. 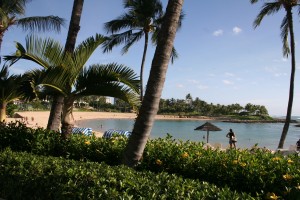 Lagoon outside the first hotel in Ko Olina. 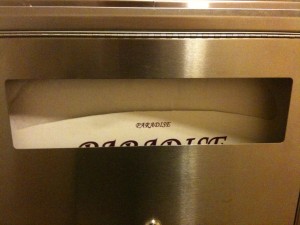 Where even the toilet covers are Heavenly! 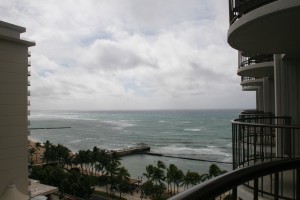 From the balcony at our second hotel.

For our last few days on the island, I really wanted to give surfing another try, and I’ve heard the North Shore is the best place in the world to do it, so that’s where we headed.

Pretty Bride th0ught this not a great idea, given my limited (once) experience with getting up on a surfboard.  So, I asked the only person who comes close to an expert whom I know.  And his reply, via twitter:  Eddie would go!    And so, I went. 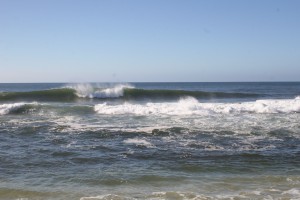 I decided I probably should not push off into these waves, given a) their enormity and b) the red flags everywhere prohibiting as much.  This is just down from the famous Bonzai Pipeline.

Instead, I opted for a 3-hour lesson just down the beach a ways, but still on the North Shore.  Unfortunately, the water was a bit brown from all the rain the preceding few days. 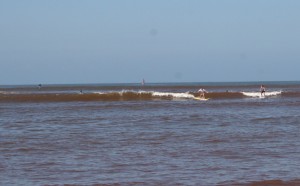 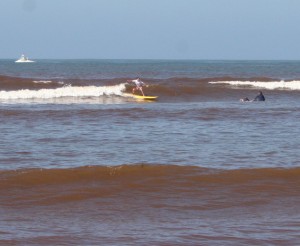 Got up again!  Learned to walk the board and turn with some semblance of control. 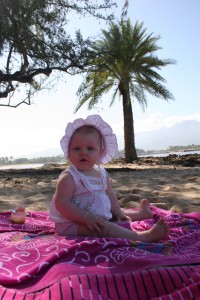 And the chicks on the beach were INTO IT.

We then explored the western side of the island, where my freshly invigorated sense of self-confidence inspired me to try to take our rental car through a mud trail.  After a few hundred yards, a raised Toyota pickup truck pulled up beside us.

Him:  You familiar with this trail?
Me:  No.  Do I need to be?
Him:  It gets worse…you’re probably going to end up slashing a tire or stuck in mud if you keep on.  Just letting you know, man.
Me:  Eat a dick, asshole!  Um, okay…thanks. 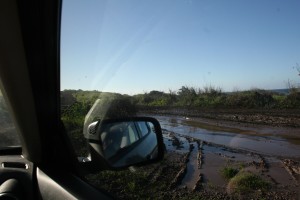 View from the windshield of our Nissan Rogue. 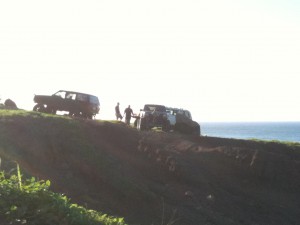 What everyone else on the trail was driving.

The day of the flight home, I thought this a good hike to do carrying a 22# baby:  Koko Head Crater Trail.  I thought I would die. 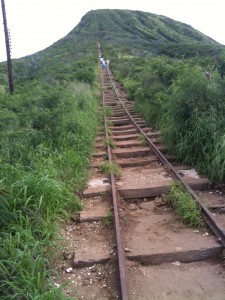 It’s an inclined railway straight up a mountain.  It’s pretty much like Everest, but will less snow. 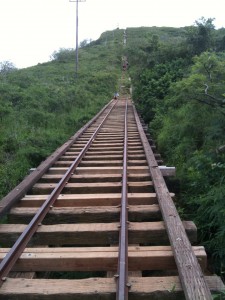 About 2/3 of the way up or so, I started out across this bridge with no  railings and stopped.  Pretty Bride had caught up to us and was not happy with my carrying her baby across this thing, so I came back.  I debated going the rest of the way alone, but I wanted to snorkel at Hanauma Bay for  a bit before going to the airport, so we walked back down. 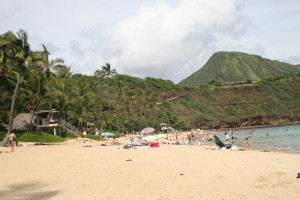 Here’s the bay, with a view of the mountain we’d just tried to climb in the background.  I’m still not sure why I thought this was a good idea on our last day (especially with no water or backpack for baby).

The reason I mentioned 100 friends is that everywhere we went, whether it be surf shops, restaurants, sidewalks, bars, stores, or airports, people would stop to talk to Lola and ask about her.  They acted as if they’d never seen a baby before (I’ve since surmised that it’s because not many idiots would take an 8-month-old on a plane ride as long as the one we had to take and then carry her all over the island for a week, but since she’s nursing, we didn’t have much choice).  It made the inconvenience of her nap times/feeding times/occasional fussiness worth it, as she brought frequent joy to strangers everywhere we went.

Except for the plane ride home.  In the first hour, she let loose the most foul crap I’ve ever smelled and then spat up on my lap.  Then she screamed and cried for an hour before falling asleep.  Since the flight attendant refused to take the diaper (which we put in the vomit bag) and shut off the “stewardess light” 3 times without asking what help we needed, we left it there to emit its glorious odor for the 8.5 hours that followed, plus wherever the plane went after we got off.  You’re welcome.

I’m pretty sure I want this to be how I do my annual training every year (yes, I did work a few hours most every day, but it was usually from 0400 until just shy of lunchtime, leaving lots of free time).  Thanks, readers who pay taxes!