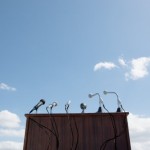 A nice lady from Texas decided to interview me as part of A Free Man’s “interview project.” Here it is –

1) I always wonder every time I read any new  blog if this is a person who’s spent more time than me on the planet,
or less?  So to start, how old are you?

2) As a young child what  did you want to be when you grew up?  As a teen/high schooler?  What attracted you to your choices, and do you think lawyer-ing has any of the same qualities?

When I was really little, I wanted to own a pet store.  Then, I wanted to be an attorney.  Later on, I wanted to be a hospital executive (my undergrad was healthcare management) and went to lawschool with that goal in mind, but I discovered while there that I’m an asshole at heart and enjoy fighting in court.  So, here I am.  I wanted a professional degree that would allow me to work for myself one day, and “one day” is April 6, 2009.  I’m excited.
3) What lawyer-ing experience has had the biggest effect on you or changed your thinking somehow or is most memorable to you?

Overall, I’ve become more cynical.  I’ve seen that most people have no problem making shit up if it’ll give them more money.  I’m also less trusting of doctors.  I’ve seen that they’re just as likely to be “hired guns” as are lawyers when they treat patients who are plaintiffs.

4) Pretty Bride knowingly lets you keep law-school-ex-girlfriend’s rug in a prominent place like the dining room, and she knows who it belonged to?  And she’s  not jealous or intimidated every time you sit down to dinner?  How does that work?  OKAY!  So she’s just probably not an insecure nut case.  I still think you should give her a lot of credit for that one though.
Actually, I don’t think she knows, so thanks for bringing that up.  Now I’m going to have to heat up canned spaghetti O’s for dinner for the foreseeable future.  In actuality, I don’t think she thinks about it.  I know I don’t.  That rug is pretty filthy now that two babies eat over it every day.
5) How do you try and be like your own parents as you raise your children?  What do you try and do differently?  I mean, aside from the obvious whole encouraging them to be child molesters instead of lawyers thing.  Oh wait, maybe that one’s not that obvious – do you try and steer them toward lawyer-ing or child molesting?  Neither?  Both?
Wow.  You’re pushing the bounds of decency here.  My folks were pretty strict but also had a good sense of humor (my Dad did, anyway), so I’ll probably be like that, too.  I have problems with messes, though.  So far, the toddler seems pretty neat and organized for a toddler, so I’m hoping to God in Heaven that such trait matures and stays with her forever.  The jury’s out on the infant.  I know I judge people with messy cars and offices.  I think they’re lazy bastards who have dirty bodies and dirty minds.  And that they voted for McKinney last year.
As for what I’ll do differently, I don’t think I’ll break bottles of brandy over the counter and then chase the rest of the family around the house in the middle of the night while screaming, “Lucifer, be gone!” while waving the broken bottle at them.  Other than that, I won’t change much.
Ok, I’m not really sure if there’s a limit on questions, but People in the Sun’s has five and A Free Man’s has five.  Apologies in advance if I asked stuff you already have on the blog.  First time reader here…
Your loss, sister.  You really should read more often!