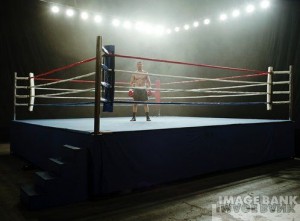 I’ve felt a twinge of guilt since this post about quitting my job on Feb 11, because I said I’d blog about my journey, and I haven’t.  In fact, I’ve hardly blogged about anything since then.

I just reread that post and the numerous supportive comments that followed.  I thought about those nights of sleepless anticipation, of all those shuffled steps towards my boss’s office that would quickly be followed by a simulated email emergency on my blackberry or some other made-up distraction that kept me from walking in to tell him I was leaving.  Hell, I must have walked by 12 times before finally mustering the courage to walk inside, shut the door, and say I planned to leave April 3.

Yes, I gave notice in mid-February that I was leaving in early April–before bonuses came out, and before plans for the next chapter were finalized.  I wanted to give plenty of notice, so that I didn’t leave my section screwed, even though everyone to whom I told this plan said I was crazy–that I’d be told to leave right away or after 2 weeks–or that, at a minimum, I’d get no bonus.  But you know what?  I still got a good bonus.  And 6 months later, when I settled my first case as a plaintiff’s attorney, the defending attorney who gave my client a fair shake was the one to whom I’d extended that professional courtesy the day after that post on February 11.

Whoever said “karma’s a bitch” was obviously an asshole.

After that, more cases started settling.  I took a couple cases to court and won some good verdicts.  And then, I realized I might actually pull this off–that I might actually avoid what one of the attorneys I’d taken to lunch told me was his fate his first year of practice:  -$6000 in earnings.

I realized I’d actually be in the black.  That I’d beat the odds.

Today, I settled a case for over $100,000.  I got 8 new cases last week and 2 today.  Last week, I settled 3 cases that totaled over $120,000.  I have another big mediation this week.  This means I’ll make around $100k this month.  After going six months with no income at all and having other attorneys tell me I was crazy to quit a job that precluded taking any business with me and that I should’ve taken out a loan or worked for another plaintiffs’ attorney before making the leap (I did neither), this is enormously satisfying.

But I’m still scared nearly every day.  I wonder about January.  And March.  And next summer.  And whether I’m a flash in the pan.

This afternoon during my mediation, I learned my aunt died via an email from my mother on my iphone.  Her late husband was a judge in Alabama, and two of her sons were attorneys.  I had scheduled a deposition at one of her sons’ offices a few days before Christmas, so that I could catch up with her and tell her how life as a “big city lawyer” (as she affectionately referred to me, given that her husband and sons practice(d) in small towns in Alabama) was going.  She helped me decide to quit working for insurance companies and start working for individuals who were getting screwed, and I listened.  She encouraged me to work for myself and listen to the voices that only spoke late at night when all other thoughts were in recession.  She told me in more genteel terms than I’ll use here to quit being a pussy.

I just hate that I put off telling her all about it until it was too late.

I interrupted dinner tonight to answer a call that came to my firm cellphone.  A young man was in a hospital bed at Emory, where he has racked up over $100,000 in medical bills so that his collapsed lung can take in air again–the lung that was punctured when he fell down some stairs at his office–the office where no one told him about his workers’ compensation rights or how to get to an approved doctor or what his options were under FMLA or whether he could use short-term disability.  I was surprised he wasn’t getting any assistance.  And then,

So how are things going?  They’re going pretty fucking well.  Two young associates at large insurance defense attorneys asked me today if I liked being a plaintiffs’ attorney and if I worked as hard as a billing-by-the-hour defense attorney has to work and then waited for me to talk about how many afternoons I play golf or take clients to strip clubs.  I told them I work much harder than I ever have in my life–8.30ish in the morning until 11ish at night with about a 2-hr break for dinner, baths, and pre-bedtime reading with the babies in the evenings.  And every Saturday until the Alabama game.  Plus many Sundays.  But it’s worth it.

It doesn’t feel like work to help people whom no one else will help.

A phone call at 9pm is welcomed when  the caller is thanking you for caring enough about them to help them get on a budget after helping them get an adequate settlement when no other lawyers follow up with them after they’re paid.

And, when I said I’d use wit and social media to try and drive business?  Totally worked.  15 cases from Facebook, 5 more from Twitter, and at least 15 from my law blog.  It’s 9:45pm, and I just got a call from someone who read a blog post about my first mentor’s dying of cancer, and she decided she wanted to work with me because of my willingness to show appreciation for others and display a soul behind the belligerent litigant.  Apparently, people want to work with real people who are passionate about what they do.

So fucking do it.

Find what you like and dedicate yourself to it.

Before your iphone tells you the person who’s pushing you to go for it dies.