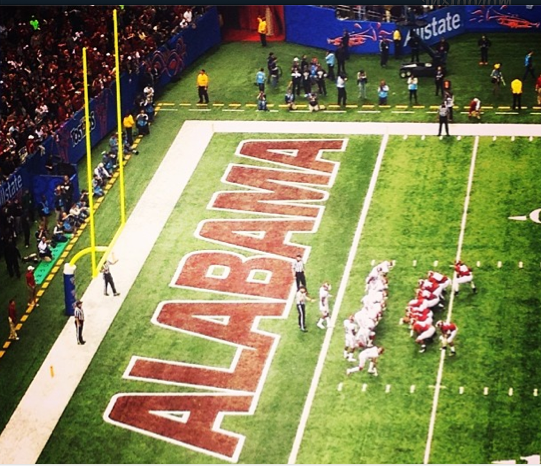 As a youngster who liked SEC football, the Sugar Bowl was a mythical place where young men went to become champions, and the privileged few with time and money and driver’s licenses went to be a part of it all.  I heard stories growing up of how my grandfather went to the train station to see his Crimson Tide classmates off on their long trip to Pasadena at the Rose Bowl to fight for a national title, and how my parents went to see their Crimson Tide classmates play in the Orange Bowl for their national championships, but by the time I was alive, it was the Sugar Bowl.  In the pre-BCS ’80s and ’90s, the Sugar Bowl was where the best team in the SEC played for all the marbles.  Our family had a painting of the Goal Line Stand from the ’79 Sugar Bowl hanging above our mantel, and it was beautiful: 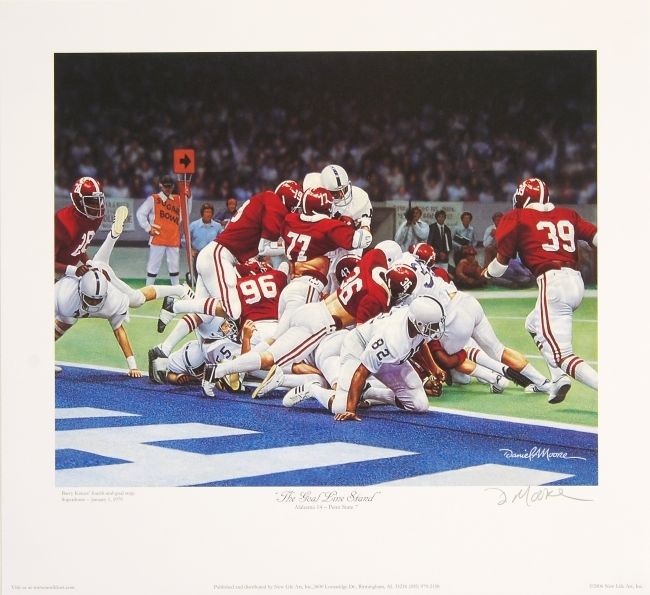 Seeing a Sugar Bowl live was something I had to do, or the smaller version of me from the 1980s would be forever unsettled.  And so, despite the fact that this year’s game wasn’t going to determine a national championship, when my friend since 1983–Jody–invited me to accompany his wife and him to the game, I bought plane tickets and booked a hotel on Canal.  The next morning, I told my bride we were taking our first trip to New Orleans together.

We landed on Thursday the 2nd, met our friends, and took our ravaged stomachs to Stanley in Jackson Square, where we learned that if we waited a mere 1 hour + 45 minutes, we could have brunch there!  Apparently, our idea was not as original as my ideas usually are while traveling.  So, we walked into a the French Market food court and got breakfast at Meals from the Heart, where the crab cake passion is “yummy and so affordable,” per a yelp review.  I agree.

Shortly afterward, it was off to Bourbon Street to enjoy the Carousel Bar (where my dad had his first cocktail), Chart Room, and (eventually) dinner at Borgne, where I had the best po-boy I’ve ever had (and this was my 15th trip to New Orleans, and each trip was several days long, so I’ve had myself a po-boy or 20) while just a short walk to the Mercedes-Benz Superdome, where I stuffed my boots with flexible flasks (a Christmas present from my paralegal) full of Booker’s (a Christmas present from my other paralegal) and tried not to sink into deep depression over the travesty of football being played below me by the boys in crimson. 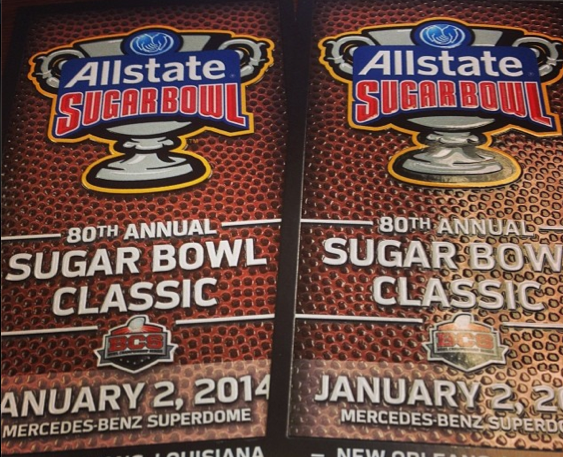 The game ended, and we found our way to the Sazerac Bar at the Roosevelt Hotel to down some Gin Fizzes like Huey Long used to down himself some Gin Fizzes (and if you haven’t had a Gin Fizz at the Sazerac Bar, well, you pretty much lead a life of such deplorable shit that I’m not certain I want your readership any more).  And we closed that bitch down like the champions the team we’d come to see failed to be. 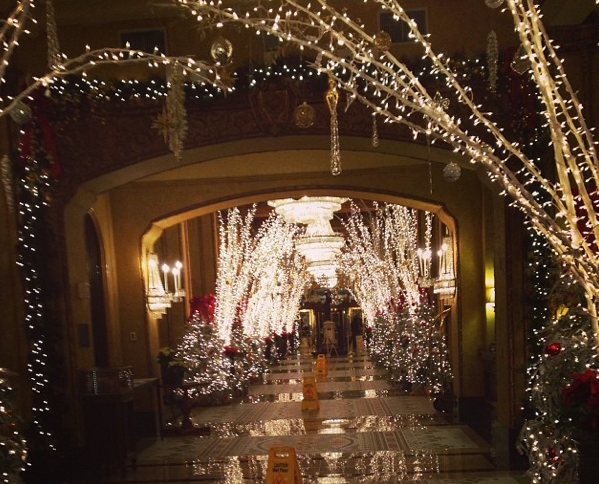 If they aren’t putting out the “wet floor” signs when you leave the bar, you ain’t doin’ it right.

It was only 2:30, so we went to the Old Absinthe House on Bourbon until the women folk started requesting that we return to the hotel.

The next day, we had that breakfast at Stanley we’d wanted the day prior, watched street performers in Jackson Square, and had daytime drinks at Napoleon House and Pat O’Brien’s. 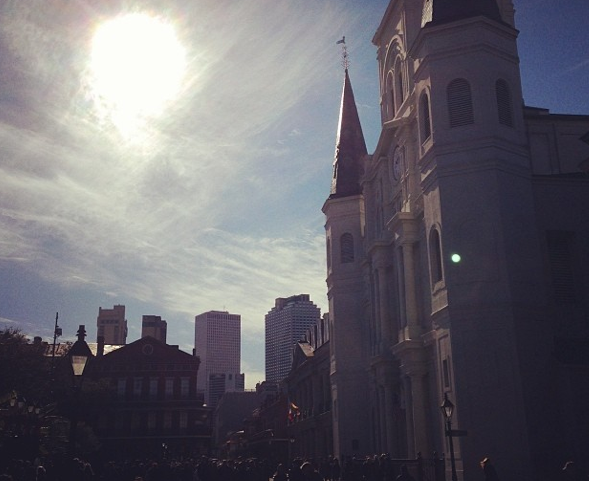 Then it was nighttime drinking at Erin Rose, more po-boys at Killer Po-boys, and down the street a block to watch college football and have Pimm’s Cups in a haunted former brothel called May Baily’s Place.  Because where else would you want to watch bowl games but a place employing Lewd and Abandoned Women? 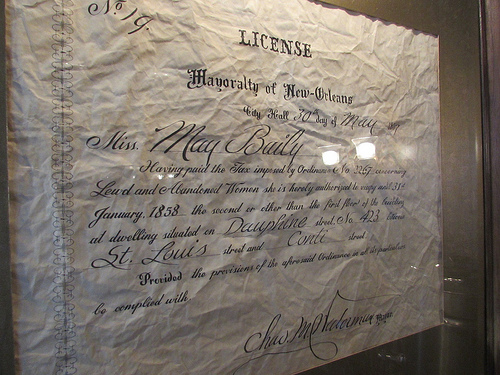 The next day, we flew back to Atlanta.  A quick and rather tame trip to New Orleans, but a great one nonetheless.

Luckily, I go back in 3 weeks.