In honor of the upcoming Dad 2.0 summit in New Orleans (which is sponsored by Dove Men+Care) and partnering with brands, I give you the following post:* 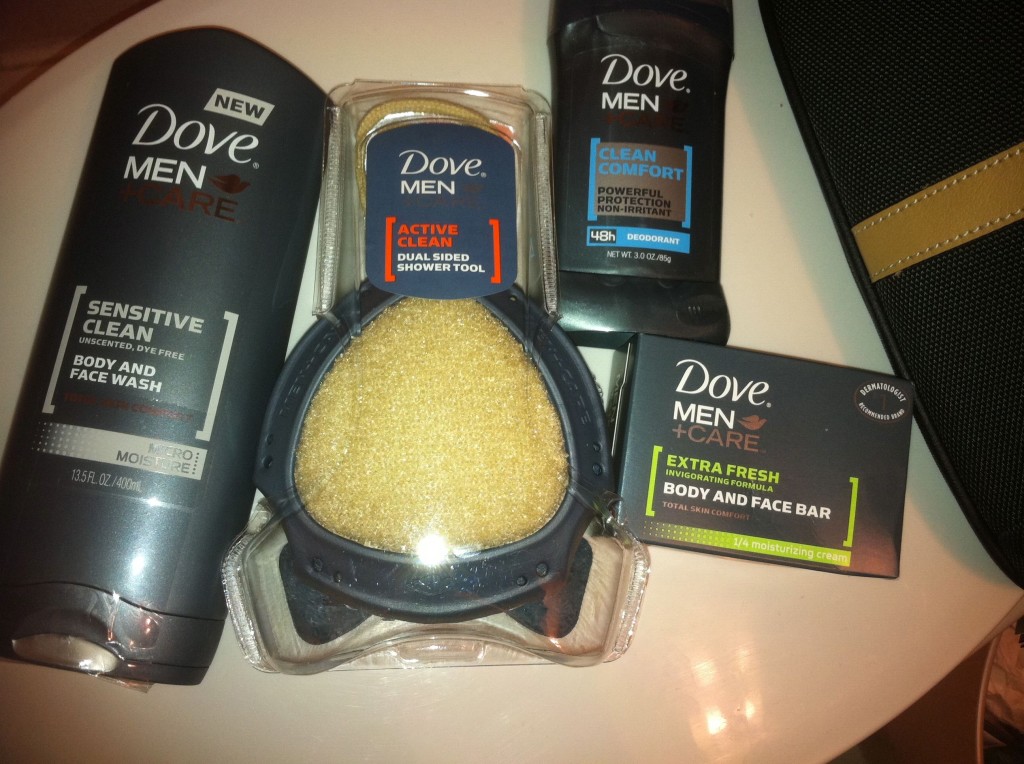 For years, I’ve watched as the privileged peddle products they’ve received in the mail while figuring out cute ways to toss in something that wittily alludes to something resembling a required disclosure statement not unlike the 6-font exculpatory clauses I hide in the contracts of adhesion I pass to unknowing clients under the guise of “this shit will get you paid!” every day.  But not me.

I decided to break that tradition, however, when emails vaguely resembling the following dialogue were passed between my inbox and some marketing dude’s from New York:

Him:  So, would you like to help with a campaign for Dove Men + Care this fall?
Me:  Just what are you implying, bitch?
Him:  That all men need to be clean and smell good?
Me:  As long as you’re not singling me out…okay.  I’ve actually been a Dove soap user since my first year of college, when my friend Jim Bob carried a pink bar into the community showers at our shared dormitory.  I think I insulted his masculinity.
Him:  That’s not really what we’re looking for here…
Me:  No!  You interrupted me!  He said it made his skin soft and smooth like his sister’s backside!
Him:  I really don’t think …
Me:  And I’ve been using it ever since.  Other than its propensity to melt quickly in the soap tray, I dig it!

And so, I got a box full of the above-pictured items in the mail.  And I used them.  So I emailed the guy from New York again:

Me:  Dude!  I took those supplies with me to a conference in St. Simons Island last week, and nobody commented on my odor!  Even after going for a run on the beach!
Him:  Is this a rarity for you?
Me:  Who’s the talent, and who’s the crew here, asshole?
Him:  I’m going to assume that’s rhetorical.
Me:  In any event, I liked the loofa, shower gel stuff, soap, and deodorant.  But the real test was when I got home after being away from the Mrs. for 4 nights!
Him:  Yeah?  How’s that?
Me:  Because my balls smell horrible after a marathon love making session!  And I mean, HOR-RI-BLE.
Him:  You know, I don’t think we particularly need you to write anything about your experience with Dove after all…
Me:  Wait!  I had a quick, post-coital shower, used that body wash stuff rigorously on the underside of my scrotum, scratched my balls, and then sniffed my hand, and that SHIT WAS LIKE LILACS IN SPRING!
Him:
Me:  When do I get my next batch of products to review?
Him:
Me:  Hello?