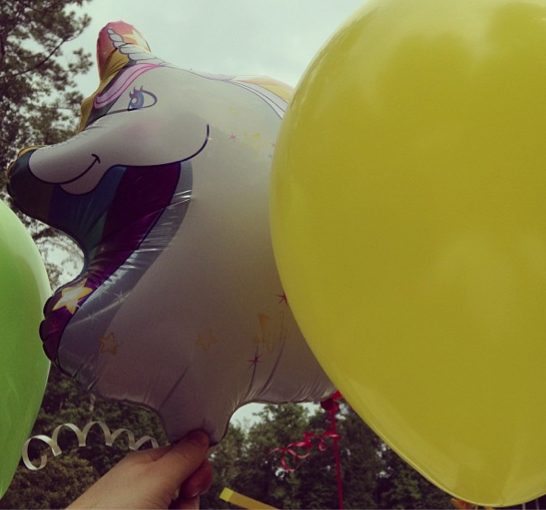 “What would you like to do for your birthday?” we asked her a month ago.
“A unicorn party!” she exclaimed.

I wasn’t exactly sure what this would look like or entail.
So, I figured it meant putting rainbow-colored balloons and a unicorn balloon on our mailbox. 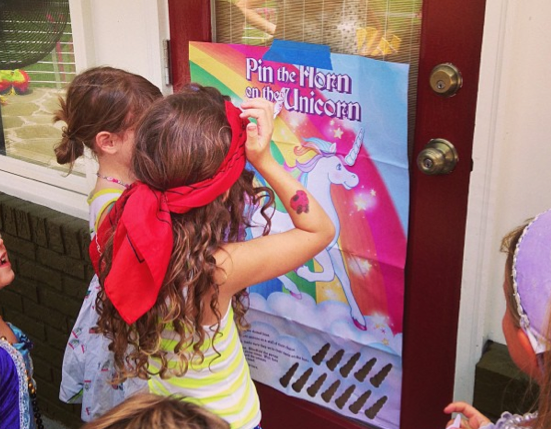 And a “pin the horn on the unicorn” game. 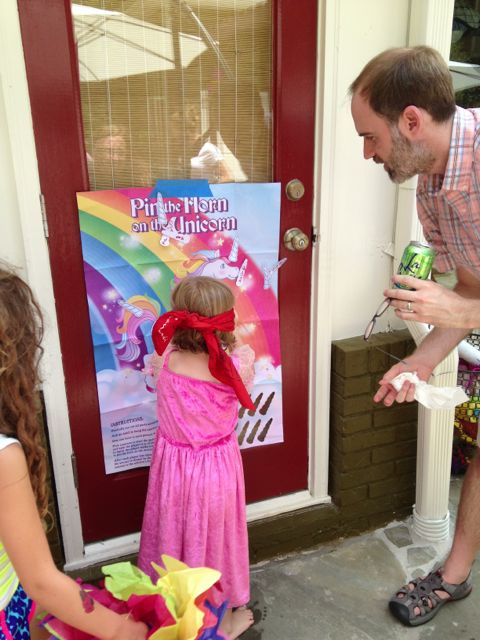 And glitter.  Lots of glitter.

She loved it.  As we enter the second third of her time in our house (which I figure will be the most enjoyable third as her parent), I can’t help but love how easy it is to make our 7-year-old girl happy.  I’m going to revel in the simplicity of majestic extinct animals, the color pink, and shared cupcakes for as long as possible.

Saturday’s subplot was a greatly anticipated play date for Owen with his self-proclaimed future wife, Elise.  As early as Wednesday, Owen asked us if “Elise can stay with me after the party–you know, during nap time?” and by Friday afternoon he was refusing to accompany me to drag the trash cans up from the street (usually, one of his favorite “I get to help Daddy” moments) because “I have to prepare myself for Elise’s visit, as it is a very special playdate.”

When she came, he introduced her to me in our kitchen:  “This is Elise.  She’s in my class.  We’re going to go inside the tent now.”  Then he scurried into the little pink circus tent his sister got a couple of Christmases ago, pulling an ottoman over the entrance to block any would be peepers.  At one point, 30 minutes later, he declared he was going to show her his room, prefacing it with a  “C’mon Elise, let’s go see my room.  We’ll take some coffee with us,” and he stopped at his big sister’s play kitchen to prepare two miniature tea cups with pretend java before disappearing down the hall.

I got him to slow down for a few seconds and captured the two of them enjoying some watermelon. 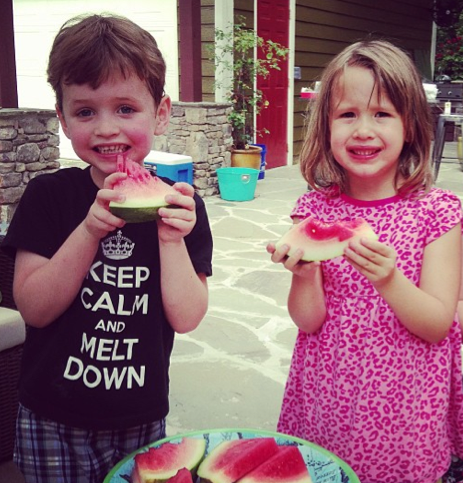 Were the watermelon not clearly visible, I’d say this was the epitome of a “shit eating grin.”

With the exception of the two boys who attended, all the party-goers were very well behaved, and a good time was had by all.  That said, I was ready for a beer or 8 when the 13 or so invited kids left.

A few hours later, I got my beer or 8, as my parents came into town to see the children, allowing my bride and I to join Jody and his bride at a Yacht Rock Revue show at Chastain. 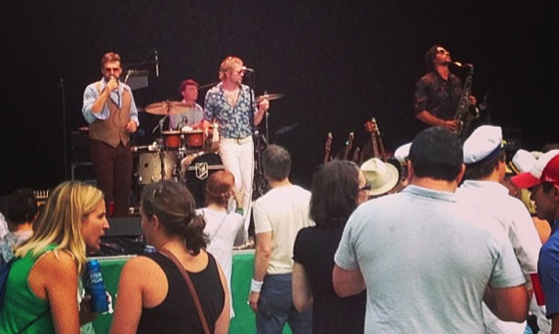 Twas a great show, full of covers from the 70s and 80s (videos can be found on my vine and instagram feeds), including several from Toto, Chicago, and 38 Special, since members of each band performed with Yacht Rock.  And beer.  Lots of wonderful, tall cans of beer.