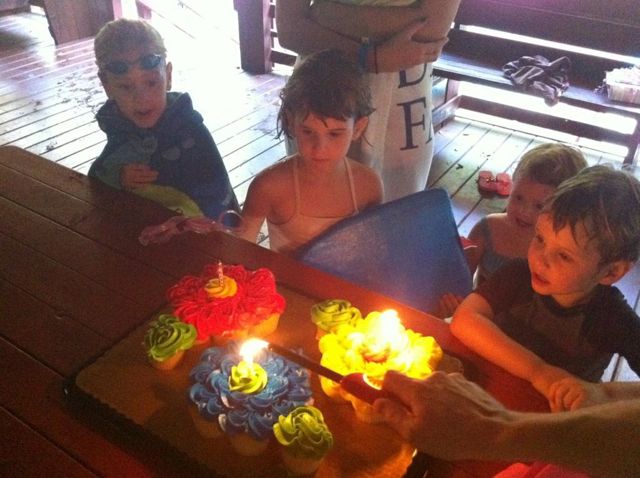 After we found and joined a local pool a couple months ago, we figured we’d have Maddie’s 6th birthday party there on July 16th, so I assumed my bride would put everything together, I’d pay for it and show up, and all would go well like every other event we host for our children.  We went to the lake for a week, and then I went to Spain for several days.  And then we realized her birthday was a few days away, and we’d told no one about it.  At least I’d booked the pavilion.

So, I emailed our old neighbors who also started having children in 2006 to see if they could come.  Within 48 hours, all had written back to say “no.”  My work wife, Chris (who’d just gotten back from Pamplona with me), said something about an afternoon client meeting and not wanting to deal with traffic (it is, after all, a good 12 minute drive from his house to ours in rush hour).

It was Friday afternoon, and we had no guests.  I accepted failure and planned for some beers and dinner with my always interesting blogging friend Dave, who was in town for work.  He mentioned that our usual companion at such occasions, Heather, couldn’t come due to an inability to get a sitter, and I thought, “Hey!  She has a whole mess of children!  If she can come, it’ll be like we invited 3 families!” So I asked if she could come on Monday, and she said she could, which meant 3 more children!  And reminded me that I should invite Heather and her brood down any time we’re doing fun stuff, because blogging friends  (Do Six Figures included) ARE real people, and I should stop forgetting that.

My way-cooler-than-my-work-wife office suitemate, Amanda, agreed to come with her 2 children and a great “we love pool parties…and beer!” attitude, which was great for me, since I don’t know how to socialize without talking lawyer stuff.  She reads my blog, too, which is why I’m emphasizing her awesomeness.

There was swimming and hot dogs (steak for the grownups) and cupcakes and beer (for me) and inappropriate giggling.  When we got home and she readied for bed, Maddie said, “Thank you for helping me have such a great birthday party, Daddy,” which made me feel infinitely better than I’d felt 3 days prior about her birthday.  And then, “I’m excited about being six.”

Six?  How the hell did that happen?

She just got her first loose tooth.  It isn’t out yet, but still.  What’s my baby doing getting permanent teeth already?  Is it the tap water?

She’s still a bit obsessed with princesses, despite my creative endings to their stories.

She reads to her two younger siblings every night, which is great, since I don’t particularly enjoy reading aloud, but I do enjoy hearing her voice inflection and watching her show the pictures to Owen and Lola while stumbling through the Latin names of prehistoric creatures.  At the same time, I’m all “Wait…you can read?”

In a month, she’ll leave the preschool where she’s been for the past two years and start first grade at a big, public elementary school with buses and older kids and a busy street out front.  I don’t like to think about it too hard.

Today, I realized she’s approaching the age where I actually have distinct memories that have remained for 30+ years.  Maybe she’s already there.  And immediately, my mind conjures the image that appears any time I worry about an errant comment, missed date, or forgotten promise to my little girl:  the stripper pole.  It’s always just one poorly-attended birthday party away. 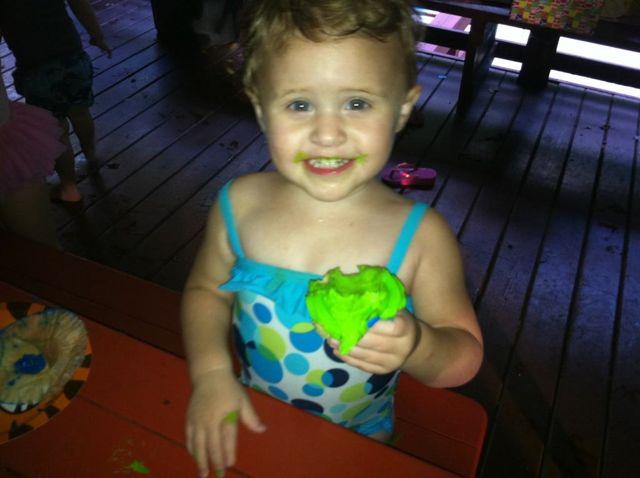