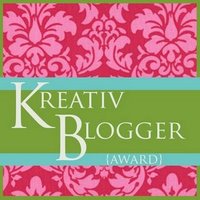 Few events give me more pride, more validity as a blogging person, as does learning I’ve been given an award.  Except when it’s from the Ku Klux Klan.  Apparently, whoever kreated this award thought he’d pass along his hatred for all non-WASPs along with his prizes.  Why else would he use a “k” instead of a “c”?

The award was bestowed upon me by Wake Up It’s Tuesday.  Since the author is a Scottish girl, I’m going to assume she doesn’t subscribe to the ideals of the sick bastard who started it.  So, I’ll happily accept.

There are some rules that I’m supposed to post, but I don’t want to encourage the Google searches that would come from listing such mandates as–

1) Use diesel, not gasoline to light the cross,
2) The swastika goes on the left shoulder, not the right,
3) You must shave your head, and
4) White shoelaces only when wearing combat boots.

So, I won’t post them.  I have too many friends who are Jews or have dark skin.  Sorry.

However, I will pass the award along, as I’m supposed to do.  There are several outstanding writers whose words I love reading whenever they publish something new.  A few are even published.  However, one stands out in the “creativity” department, which, I assume, is what this award is supposed to acknowledge:  Black Hockey Jesus.  Mr. Jesus, if you’ll just look out your front window, you’ll see my brown uniform-clad buttocks walking away from the doorstep, where lies your badge.