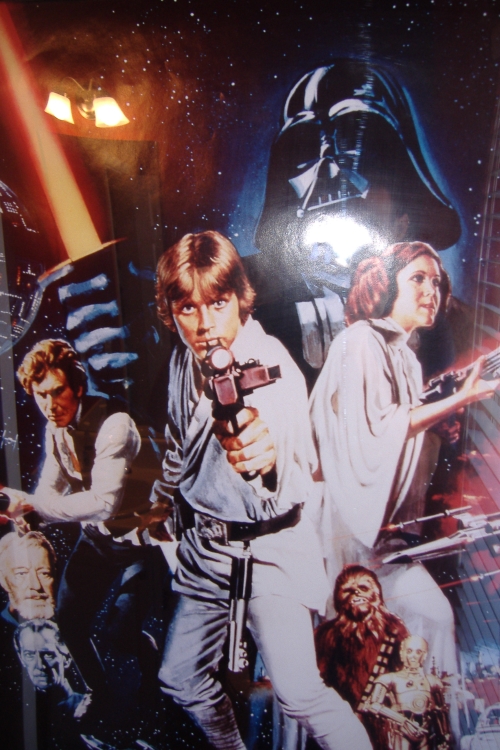 This poster hangs in our powder room.  So, whenever Maddie the Toddler and I are in the den, and she belts out an “Oh go potty!” we see this poster.  She’ll sit on the john while I hold her little shoulders to keep her from falling in, and she’ll point to Darth Vader and say, “Scary, Daddy!  Scaaaaaary!”

And I’ll say, “What does Darth Vader say?”
And she’ll say, “Looooook, I yer fodder.”

I thought it finally time to explain to her the lore of Star Wars, hoping to alleviate her fears a bit–you know, see if it’s true that we fear what we don’t understand.  Have a father-daughter moment.  Relive 1977.

So, once she’d flushed, we stood up and stared at the poster ahead.

At this point, we adjourned to the den, where I searched for Darth Vader videos on YouTube and found this:

It worked.  Darth is not quite as scary as he was.  If trying to show him as a family man failed, at least portraying him as a conductor made of legos succeeded.

———————————————————-
This post’s “shout out” goes to SciFi Dad, who, I’m certain, has had numerous conversations with his little ones about this subject matter.  And, as always, support Father Muskrat and his friends at this website full of funny blogs!