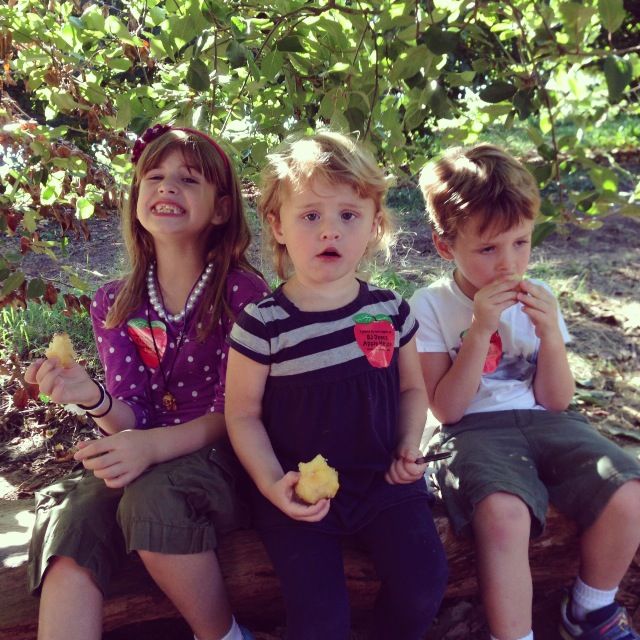 Yesterday we used a Groupon my wife bought a few months ago, because it expired today.  It was for BJ Reece Orchards in north Georgia, and it allowed for reduced pricing on picking apples, petting barnyard animals, shooting rotten apples from cannons, riding ponies, and sitting in traffic.  We took the 3 fruits of my loins and set them to picking fruit. 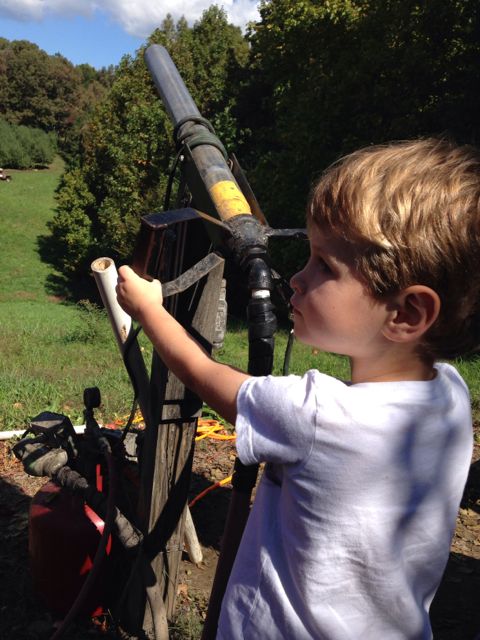 We started with the apple cannons, because, well, they were apple cannons!  You got a free pie if you hit the beat up truck that was parked about 5,000 yards away, but none of us hit it. 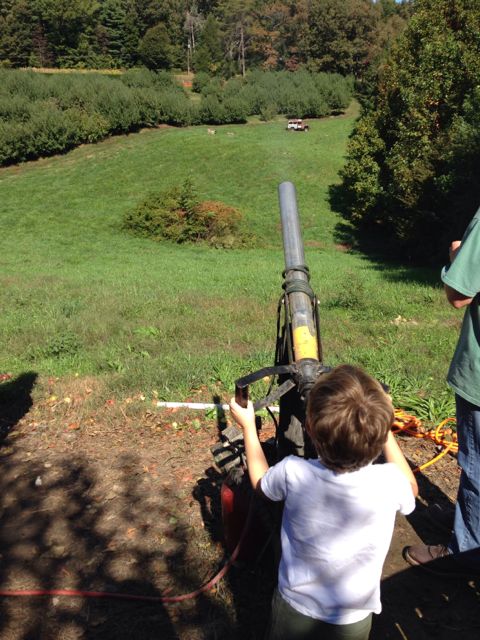 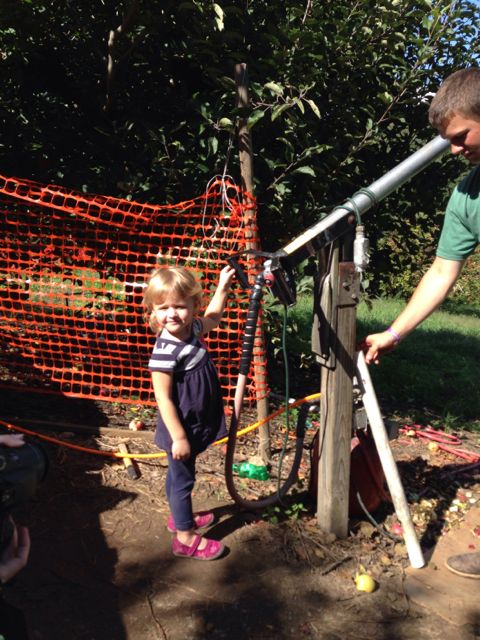 There must’ve been a malfunction in the air source when it was our turn. 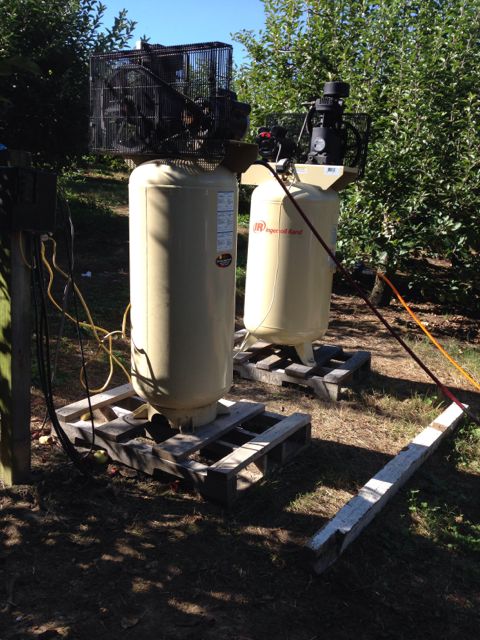 Then we went to where a bunch of ponies were tied to a metal wheel, so they could walk in circles all day while children sat on them. 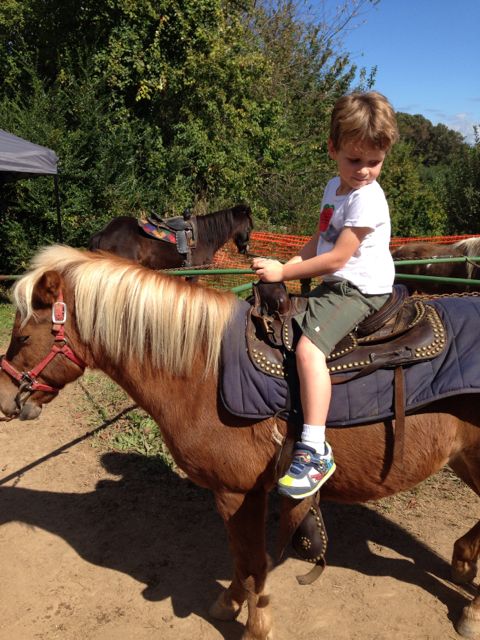 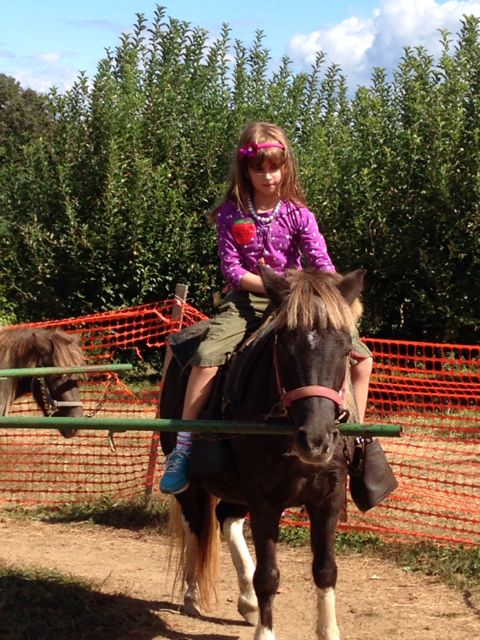 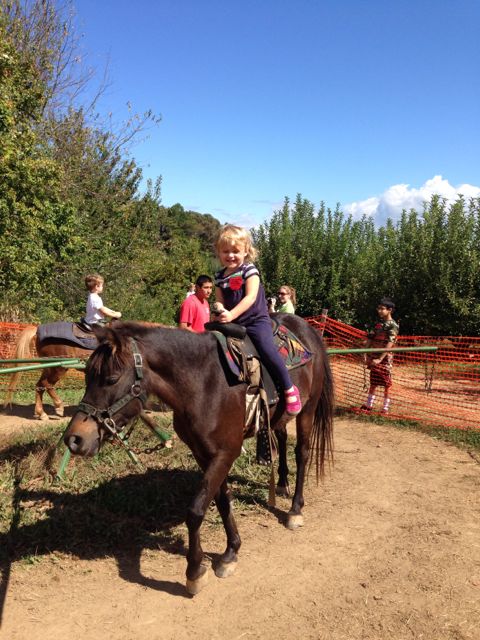 I’m fairly certain this is why the suicide rate among ponies always spikes this time of year.

Next, we walked into the petting zoo, since I was hoping to cake my new running shoes with cow shit. 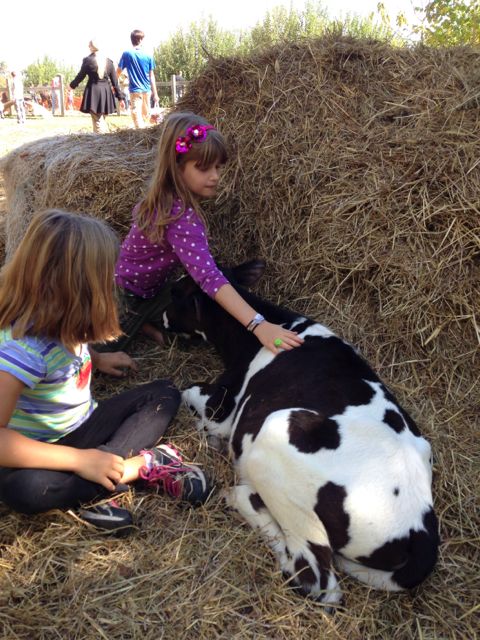 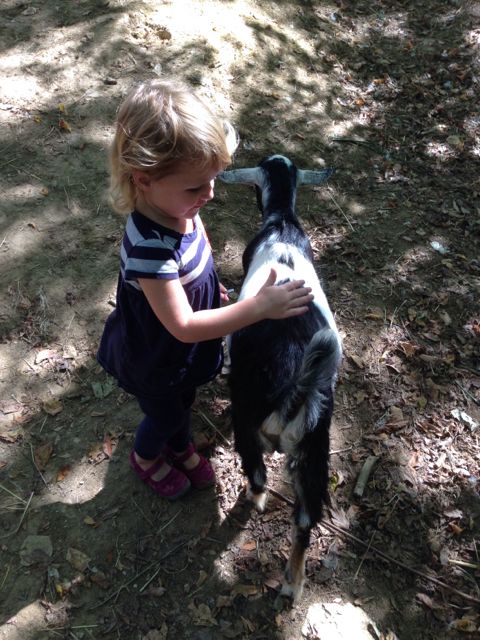 Is there anything cuter than a 3-year-old petting a goat? 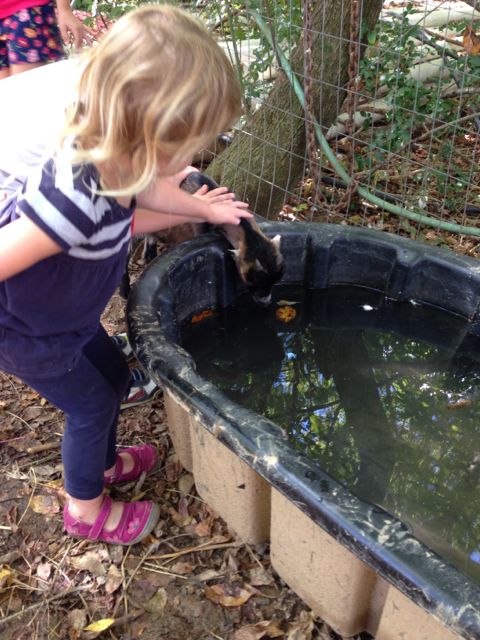 Yes – a 3-year-old petting a baby goat that’s trying to drink some water on a hot day.  That’s cuter. 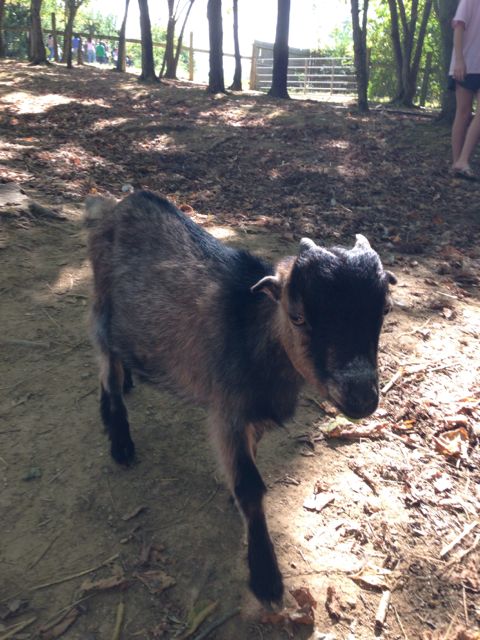 I beg of you:  keep your babies away from me, so I can drink!

Or, what about a 5-year-old boy who brings his stuffed cow into the petting zoo, so that he can show it to a live calf in some sort of communication attempt? 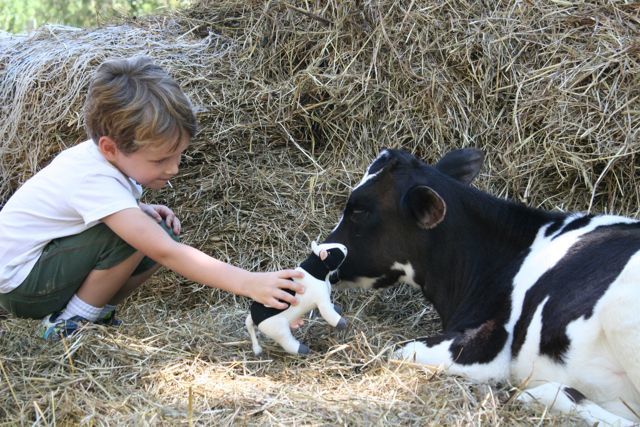 Almost makes you want to turn vegan, does it not? 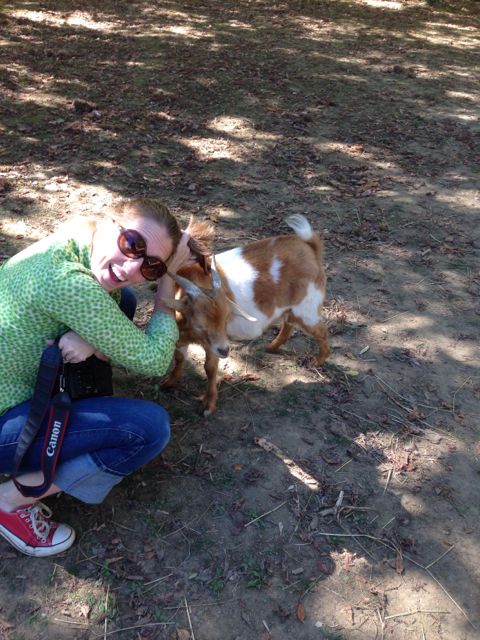 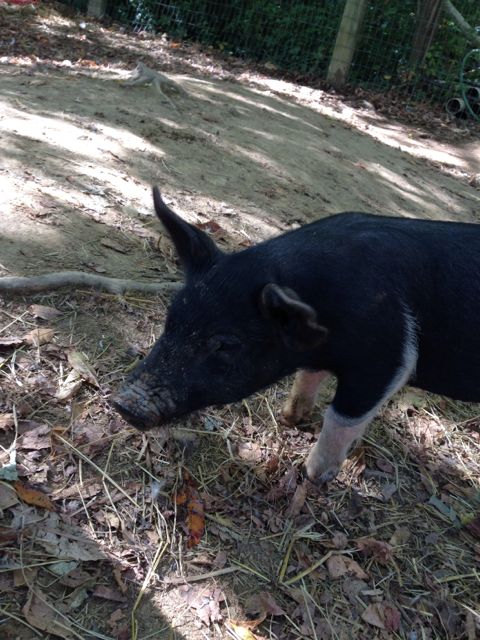 Now that we’d done everything at the apple orchard but pick apples, we decided to pick some apples. 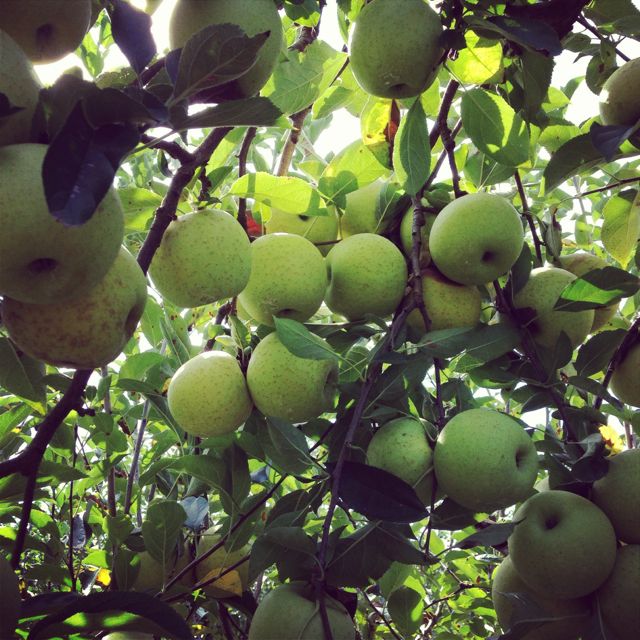 There was a tractor pulling a giant wagon that we rode around in, too.  All said, it was a good use of a few hours on a Sunday afternoon, and the Groupon totally saved us like 60% of the cost (the Groupon was $60 and included all these activities that are normally priced separately).  I call that a “win.”

Then, we got on 400south, saw a bunch of traffic headed south, and pulled off to enjoy some beef and swine. 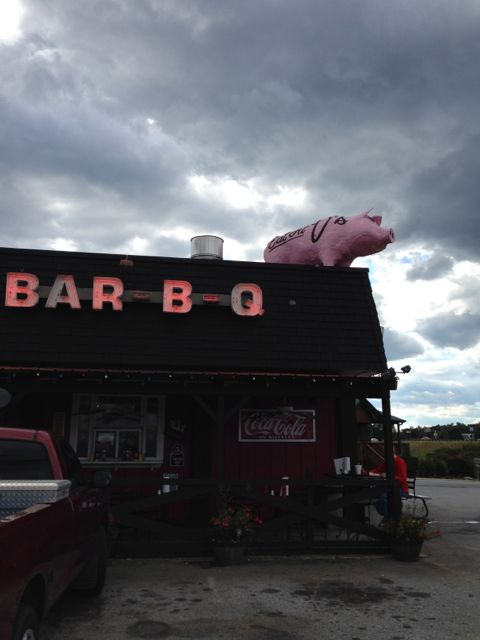 I don’t care how many cows and pigs you molest, you can’t beat the “brownie sandwich” at Big D’s.  I don’t recommend you try it, either.