After finding out 2 friends had heart attacks and a 3rd has stage 4 cancer (all my age, all in my profession), I’ve had levels of nostalgia for the simpler times of the 1980s that are even higher than I have on a regular day-to-day basis.  So, in the past couple weeks, I’ve done the following:  watched a digitally remastered and 3-dimensional version of “Top Gun” at the theater, got floor seats to Bon Jovi, attended a Dukes of Hazzard reunion extravaganza, and bought tickets to Hall & Oats (they’re coming in May).  And you know what?  It worked wonders. 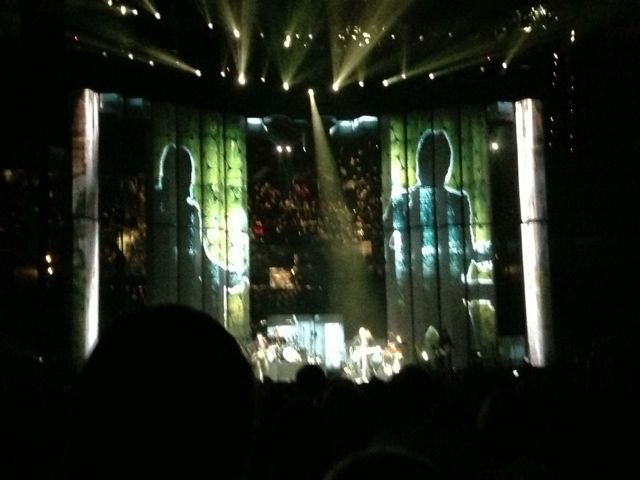 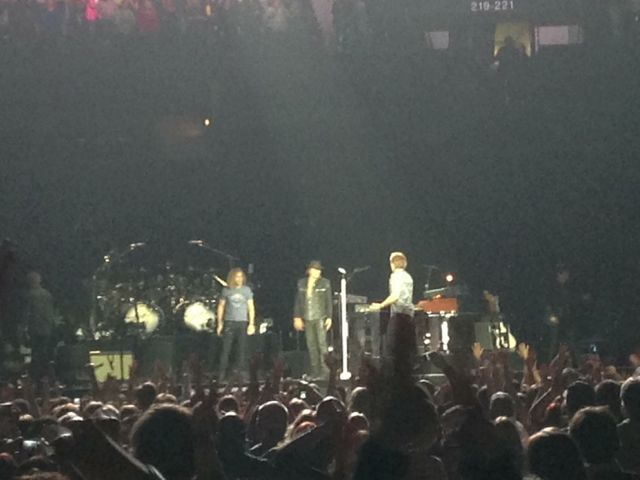 Besides the obvious reasons why anyone who isn’t a complete loser would want to see Bon Jovi in concert, it was particularly meaningful for me, because the “New Jersey” tour was my very first concert.  My friend Mark and I went on February 20, 1989 (8th grade for us), along with his older sister, Lauren.  His folks drove us nearly an hour to Middle Tennessee State University’s gym and dropped us off for 3 great hours of Skid Row and The Jovi.  I still can’t believe my folks let me do this on a school night.  I bought a t-shirt with the $20 cash money I’d earned from feeding the neighbor’s dog all winter.  It had 3/4 length sleeves and a picture of the band standing on some railroad tracks.  I was two increased levels of coolness every time I wore it.

Almost 25 years later, I went again.  Again, on a school night, but this time, I took my bride, my paralegal, and a couple of Atlanta lawyer friends (so I could write off the whole thing as “networking/marketing,” and because they’re fun people).  I went to bed at 2am and still managed to be relatively functional the next day at work.

Last weekend was the Dukes of Hazzard reunion.  If that sounds like an event of such immeasurable levels of awesome that it might render you incapable of accepting any additional awesome, then you and I are clearly meant to be friends.  We should connect sometime.  In the Old Testament sense.

We had obligations Saturday (specifically, I was judging a bunch of Southern law students’ regional mock trial competition at the local courthouse), so we weren’t able to go until the 3rd day of the 3-day weekend extravaganza, which concerned me a bit, but when I walked right up to John Schneider (aka Bo Duke) to get his autograph without any trouble whatsoever and found out the dude behind me was unable to get it the day before because he’d been in line SIX DAMNED HOURS to get Catherine Bach’s (aka Daisy Duke) signature, I felt like the wisest man this side of those really old dudes who live in the Himalayas. 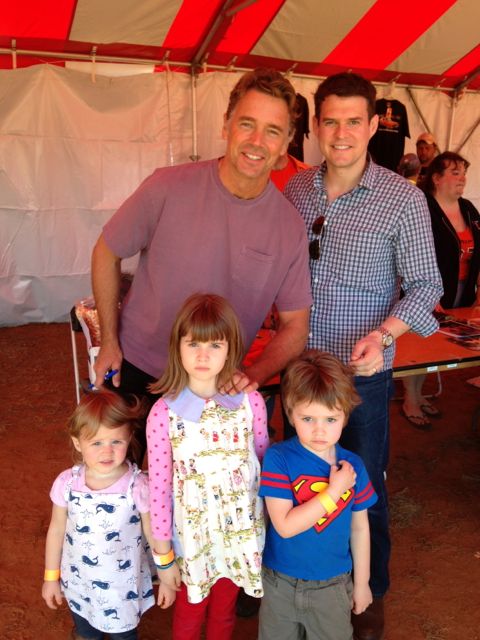 The children were INTO it.  At least he complimented Owen’s t-shirt (given his starring in “Smallville” for 10 years).

After a FaceBook friend alerted me to this celebration, and I bought my tickets, it occurred to me that my children had no idea who these Dukes were or why I had their pictures on my luncbox, t-shirts, thermos, juice glasses, and hats as a kid.  Or why I had multiple metal and plastic General Lee cars with Bo and Luke action figures to ride in them.  So, I looked to see if Netflix or Amazon had streaming old episodes, picked one where Cale Yarborough guest starred (one of my personal favorites as a child) from Amazon, and tested the waters.

I knew all was well when Owen asked afterward, “Daddy, can we watch ANOTHER Duke of Hazzard movie?”

By the time we got to Tom Wopat (aka Luke Duke), there were a little more enthusiastic. 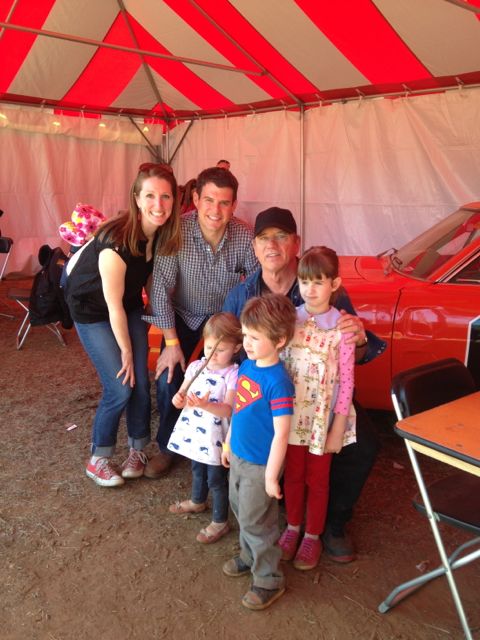 Sadly, Ms Bach (aka Daisy) was unable to attend on Sunday after flying to LA early that morning, and Messrs Pyle (aka Uncle Jesse) and Booke (aka Boss Hogg) passed away in the 1990s.

But we were able to meet Rick Hurst (aka Cletus) and James Best (aka Rosco), who were both very kind, friendly fellows.  We had everyone sign a child’s t-shirt we bought. 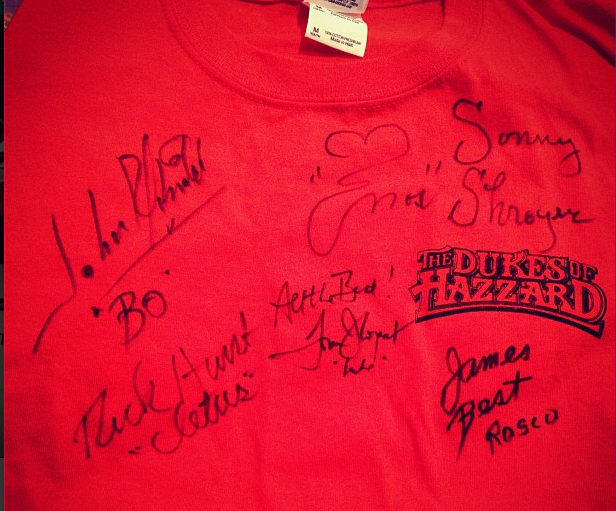 But the highlight was seeing Sonny Shroyer (aka Enos).  Or, the “nice police man,” according to my 4-year-old son.

I’ve always liked Enos for a couple reasons:  first, my uncle went to an event in Birmingham, Alabama in the early 80s when the “Dukes” was my favorite TV show and got a personalized, autographed picture of him for me that I framed and had on prominent display above the TV in my fraternity house room in undergrad.  Anyone who visited would be like, “Wait a minute…do you have an autographed picture of Enos from the Dukes of Hazzard in your room?  That’s the coolest thing I’ve ever seen!” and then they’d laugh a bunch.  Keep in mind it was the University of Alabama.

The second reason I love Enos is that he played Bear Bryant in “Forrest Gump.”

When I met him, he was one of the most genuine, caring men I’ve ever met–famous or not.  He maintained his grip several seconds longer than one typically would when giving an initial handshake, and he asked each of our names, where we live, and what I do for a living.  Then he used our names and had questions about the answers to the other questions.  His wife of >50 years was with him and was every bit as gracious and friendly as he was.  I wanted to make plans to drive down to Valdosta, GA and just hang out on their front porch for a few hours. 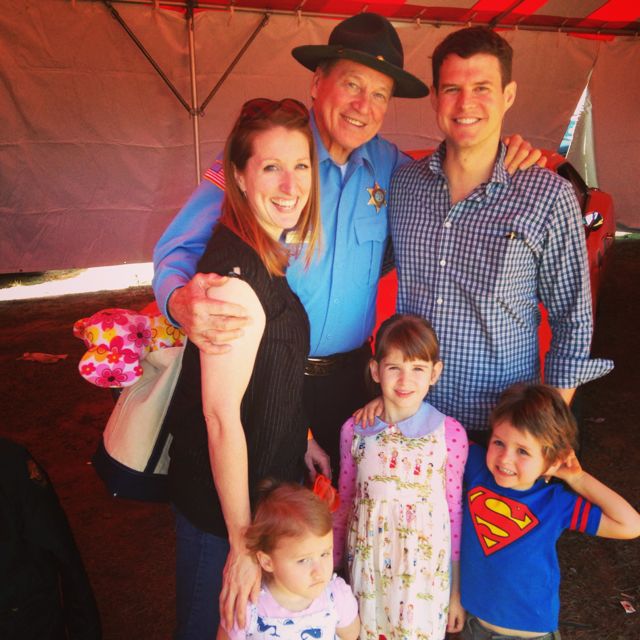 He even got the children to smile!  Most of them, anyway.

Before we walked away, I said, “By the way, I’d like you to know that I very much enjoyed your work in another production–as Bear Bryant in Forrest Gump!”  Enos’ eyes widened and then flitted about, surveying the area for listeners.  He then leaned toward my ear and whispered, “Now, that was credited as just College Football Coach–you can’t go yelling that it was Bryant like that!”
I was incredulous.  “Oh yeah, look it up,” he said.  So I did, and he’s right.  I felt like we were sharing a secret.

Their son walked up, said “hello,” and took a picture of us with his dad.  I didn’t want to walk away from the Shroyers, but there were other folks waiting to meet him behind us, so we said “goodbye” and pulled away toward a BBQ trailer. 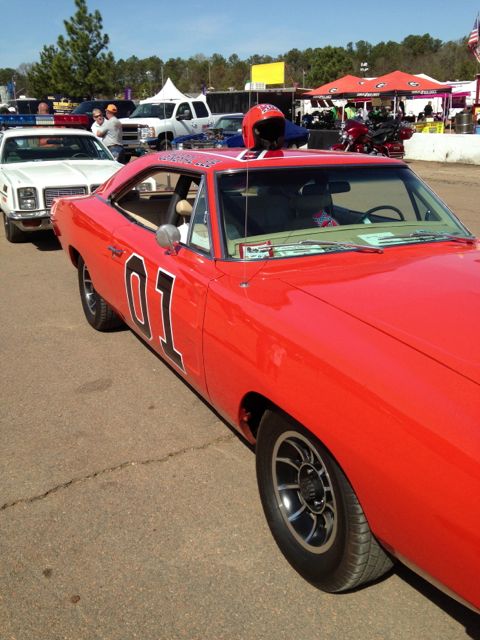 There were some games to play and a few General Lees to see, but the sun was getting warmer, and naptimes had already come and gone, so we loaded back into the Odyssey for the nearly 2 hour drive back to Atlanta.  As Friday night at 7pm from 1979 to 1985 disappeared in our rear view mirror, I asked my bride:

And then “Never Say Goodbye” cycled through the Bon Jovi Pandora station.