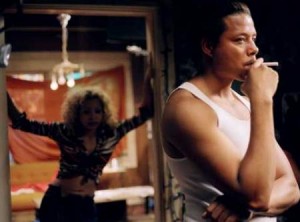 1) Be more cynical with friends.

What happened?  A couple of weeks ago, a guy I’ve known since summer 2000 decided to return (i.e., dump in my lap) 3 cases I referred him over 6 months ago, because they required more time than I had to give them.  He did virtually nothing to move them forward, and now the clients are pissed off that they haven’t had their day in court or received a settlement check.  I have less time now than I had in September when I sent them to this dude.  His explanation:  “I don’t have time for these files any more.”  Well, no shit.

Lesson learned:  Always withdraw from a case I refer to someone else instead of just handing the file to someone and trusting him to work the case and do what we’ve agreed to do over a handshake while the client is still technically “mine.”

2) Don’t trust an opposing counsel to operate his phone correctly.

What happened?  Well, this guy who introduced himself when he first appeared on the case by talking about how important his (actually “our,” as he goes where I do) church is to him has an asshole for a client (who, incidentally, used to be my client when I did defense work), and his client decided to cancel a surgery 2 days before it was to occur when the doctor, surgery, payment, etc. had all been previously agreed upon.  So, I filed suit, and we were a few days from a hearing in front of the Judge over it, but opposing counsel wanted to ask for a continuance; I refused to consent; we scheduled a conference call with the Judge.  I called him to initiate the call, and before I could volunteer to do so, he said, “Okay, hold on for a second, and I’ll get the Judge on the line.”

Silence.  For a good 45 seconds or more.  And then, “Okay, Mr Muskrat, do you have anything to add?”

What I said:  “What?  You mean you’ve been talking to the Judge already while I thought we were both on hold?  What’s that about?”

What I should have said:  “You’re a mother fucker, you know that?  What kind of ex parte bullshit have you been spouting for the past 45 seconds while I sit here listening to your shitty ass elevator versions of Hall and Oats B Sides for hold music?”

He then said something about a “phone glitch,” and gave his summarized version of what he’d said while I was on hold (look at the link to “ex parte” above if you don’t know what an enormous wrong it is to talk to a Judge without opposing counsel present or privy to said communication.  Or, watch some old “The Practice” episodes), and the Judge granted his continuance.  We’re supposed to go to court Thursday–also the day I fly to New Orleans for Mom 2.o.

Lesson learned:  This guy was full of shit.  He knew exactly how to operate his phone and what he was doing.  I called Comcast (we have new phones and a new phone system) immediately to figure out how to conference in a party while I’m on the phone.  I will never trust an opposing attorney to do it again.  Ever.

3) Never trust an opposing attorney to put in writing that which you have agreed to verbally.

What happened?  Twice this year, opposing counsel have tried to sneak provisions or changes into a document we’ve agreed would reflect an opposite fact or conclusion.  Once was in a settlement document, and I took him to court over it and won assessed attorney’s fees and penalties.  Another was regarding a supposedly agreed upon change in my client’s treating doctor, but the filed agreement reflected someone else.  The deposition is tomorrow.  Both were missed because I trusted them to actually put in writing what we agreed to within a few hours of the documents’ filings, so I didn’t look at them as closely as I should have.

Lesson learned:  Even though I have over 100 cases in litigation and hardly have time to focus on anything during the day, I gotta read everything meticulously and trust no one to put into writing that which he/she has just committed to put into writing.  Because people lie.

Other than the few instances outlined above, all is great!