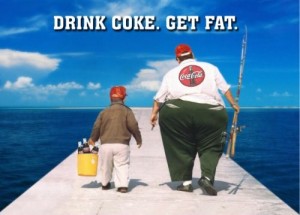 A few months ago, I forwarded an email to Pretty Bride saying she should add Food, Inc. to her Netflix que, because that Dave guy from Blogography recommended it, and it sounded like the “type of shit you’d like to watch.”

Why the snide assumption?  Because before the three pregnancies that almost immediately followed our getting hitched, Mrs. Muskrat was a paleoethnobotanist.  She used to dig up dead people or their poo and research their sources of food.  Her Masters thesis had something to do with acorns.  Pages and pages of acorns.  And people actually came to hear her speak about nuts at international conferences.

For the 6 years or so that I’ve known this woman, she’s been anti-corn.  She says it makes us obese and helped Hitler or something.  She has whole books about corn and food with chemicals in it that came from corn or some other genetic re-engineering, and she doesn’t seem to like Monsanto too much (cringing when I cover our backyard’s weeds in Roundup).  I always figured it was from too much academia and examination of the berries in Ben Franklin’s turds from some loo out of Philadelphia.

So, we watched the movie.  She got excited and drew an air heart with her fingers when Michael Pollan appeared on screen (his books have been surrounding me while I sleep, I now know).  We talked about the stories and messages conveyed.  I was disgusted.  And I felt sorry for all the farmers interviewed, who are either being pushed out of business or being forced to participate in the mass production of super cheap food product they know is awful for us.

I’ve known since childhood that colas were horrible substances to put into our bodies and, accordingly, allow myself only a few per year (usually with bourbon).  I didn’t realize, however, just how widespread the use of corn syrup is.  Or how our government encourages the ready availability of cheap, processed food at the expense of farmers all over the world and millions of future obese people right here in the U.S.  It’s bad.  It even makes people feel like they’re not full when they are.

Then we watched King Corn.  Also disturbing.  Did you know our government gave over $51 Billion in subsidies to corn farmers from ’95 to ’05?  That the average American consumes nearly 100lbs of corn syrup in a year?  That there are nearly 100 million acres of corn grown in the U.S. — so much that there are piles of it sitting outside of stuffed silos all over the midwest?  Millions of farmers all over the world are out of work because of our government’s subsidies to help produce super cheap, unhealthy food.  It’s not a vegetable; even the farmers growing it don’t eat from their harvest, as they sell to the government and let it become cattle feed or sweetener.

One would think that a great way to pay for this new government healthcare bill would be to stop sending billions toward production of food that increases our healthcare costs, right?

Have you ever seen where chickens are raised?  Cows?  How the number of FDA inspections has drastically fallen as the amount of food produced has drastically risen?  Or what happens to cows when they’re stuffed full of corn at the slaughterhouse?

So, I surrendered.  I decided that having a $400/month grocery budget–while cool for a family of our size who almost never eats out–is not worth the chemicals inexpensive food puts into our bodies.  Starting this week, all our fruits and vegetables are organic.  Chicken will be free range, and beef will be grass finished (and less frequently consumed).

Tonight we had potatoes, strawberries, and french toast chunks with cane syrup.  I’m not sure what’s on tap for tomorrow, but I know Pretty Bride spent a good bit of time reading labels today and has already planned the next few weeks’ meals.

While I think it might be interesting to have a “we’re going to try and eschew corn syrup and corn-fed animals while trying to still eat in this country” blog, I’ll refrain.  I may, however, write about it from time to time.

And if you’re smart, you’ll watch these films and/or read some of Pollan’s books for yourself.  And for your family.