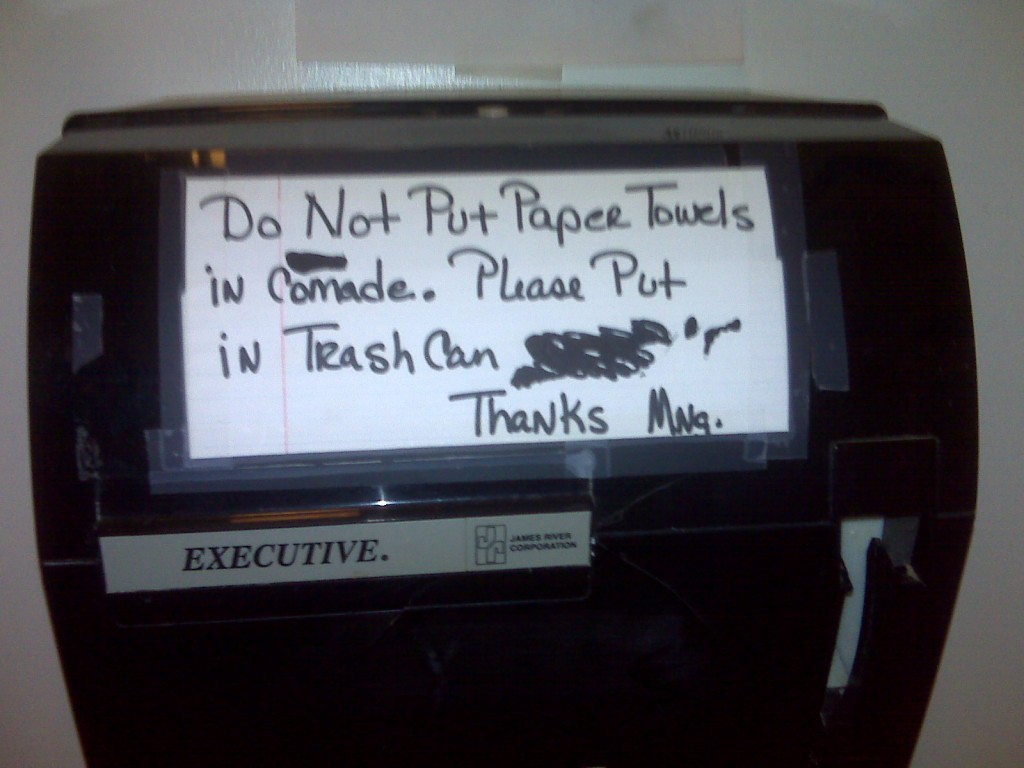 I spent today in Chattanooga meeting with a trucking company that has been sued a lot lately.  Afterwards, I drove down towards Atlanta, pulled into a gravel parking lot just off of I-75 South, and walked inside to find about 5 tables and a grey-haired lady behind a cash register.  I went straight to the restroom and saw the above.  I was going to put towels in the comade, but then I figured I’d better not, as places like this one frequently have shotguns behind the register just for assholes in suits like me who’ve driven down from Tennessee or up from Atlanta (or both).  And, it occurred to me that I don’t know what the hell a “comade” is.  Did I just piss in it?  I hope so.

I like how all the words but the prepositions are capitalized.  It’s like it’s the title of a book or a movie or something else important and artistic.  Only, it isn’t.  Someone who makes pretty good bbq decided the best way to tell patrons not to put towels in the shitter is to give a fancy, capitalized title (but for the prepositions, of course) to the paper towel dispenser.  He was going to keep writing but thought better of it and scribbled it out.  I like to think the last word was going to be “Dicknose!”  Because that’s what I’d have put.  With a capital D.