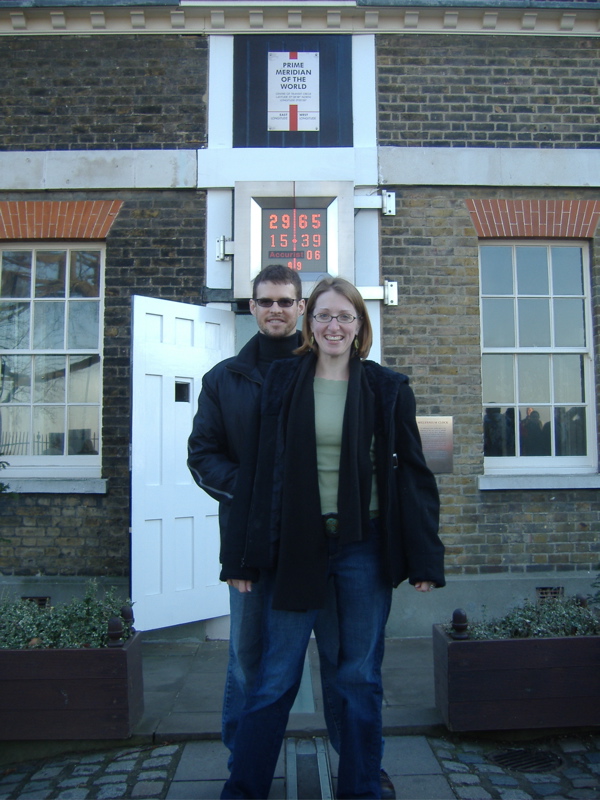 Three years ago, Pretty Bride and I eloped after finding out I’d be deployed to either Iraq (again) or to Andrews AFB in January 2006.  She’d flown in from her PhD program in archeology at Penn State to see David Gray with me at the Fox Theatre.  Mr. Gray got sick, so instead of attending a concert, we called my pastor friend, Charlie, who ran a church 35 miles east of town to see if we could get hitched in his backyard.  Being a good man from Alabama who knew my penchant for spontaneity, he said “sure.”

We had 1 day before PB had to fly back to PA.  So, on 11/7/05, we got up, bought a dress (2 stores visited), picked and bought rings (8 stores visited), got my dog vaccinated, and headed east on I-20 by the planned time.  My cell rang, and Charlie asked if I had gotten the marriage certificate.

We turned around, parked illegally, and sprinted into the Fulton County courthouse.  I was terrified I’d see someone I knew and told PB that if I suddenly dropped to the floor as if I’d dropped something, it was because I’d seen a colleague (I’d told my employer I’d been “held up by some events precipitated through the  National Guard” that day, which was sorta true, depending on your definition of “events precipitated”).  We got the piece of paper.  Folks in line for concealed weapons permits took longer to finish than we did.

Drove to Covington, GA and got hitched in my buddy’s backyard.  Stayed in tux and dress to freak out a couple friends with the news afterward and went to a kickass dinner.  Cried when I put her on the plane the next day but knew I’d see her Thanksgiving break.

By the time I was 30, I’d been invited to 49 weddings.  My 50th wedding was my least populated but my most enjoyable.  And, it was nice giving societal expectations a great big middle finger.

*both photos depict the days on which children were conceived.