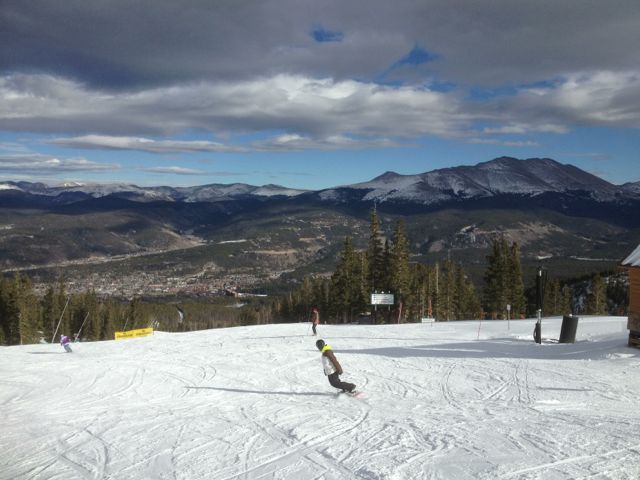 For the second time this year, I got the privilege of hopping onto a military aircraft and heading west to Colorado.  And this time with fewer wildfires!

I arrived on Thursday.  The next morning, we met to do some training at 6am.  After we finished, 3 of us (out of a group of 10) rented a van and drove up to Breckenridge to hit what few runs are open at this early point in the season.  The lift ticket attached to my jacket said 2007.  Having a bunch of children has clearly interfered with my going on ski trips. 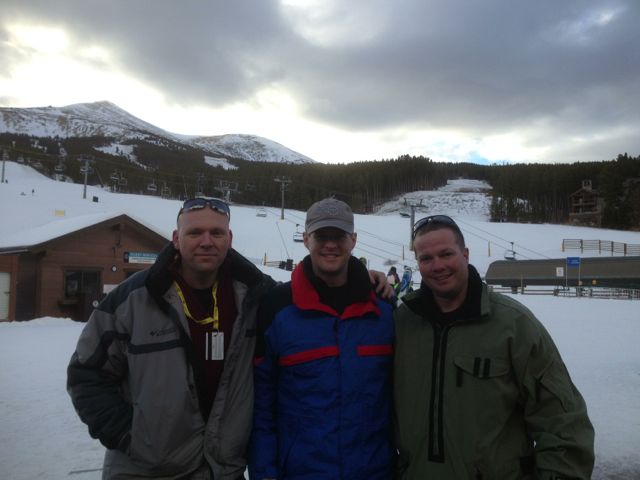 Because of said children and my increasingly nearing age 40, I wore a helmet for the first time, which felt a little pussrific, but I figured I need to be able to use my unmolested brain to practice law (most of the time). 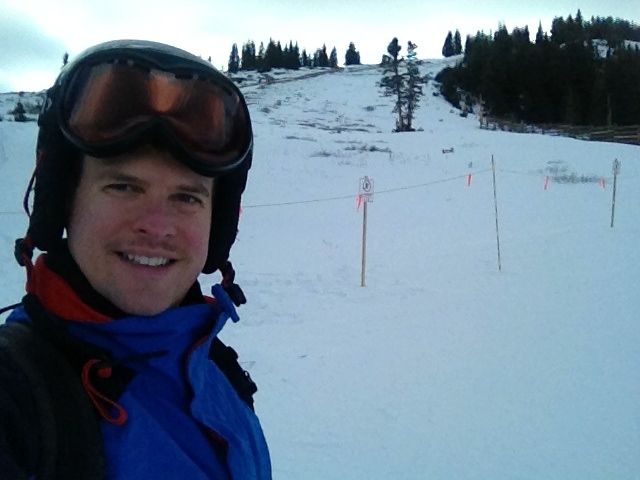 We got back to the hotel about 8:30pm (night skiing isn’t open yet), and I was exhausted but felt it was too early to go to bed, so I got talked into going out to a joint called “Cowboys” with some of the younger guys in my unit, where they proceeded to fill the table in front of me with glasses of iced bourbon.  They danced with some of the locals whilst I tweeted about all the taxidermied elk heads and over-sized women engrossed in mating rituals.  Bourbon erases my usual over-brimming tact, it seems.

The next morning brought more early training that included lots of coffee (luckily).  The afternoon brought a nap for me while the folks who had NOT gone out the preceding night visited local parks and/or Pikes Peak.  That night, a few of us hit an Irish pub, where I tried my first boxty.  It was delicious!  Then we went to a sports bar to watch Oregon and Kansas State lose (much to my elation) and some UFC matches.

But just before the UFC match, a few of us who are 40 or approaching it were talking about the joys of medical tests encouraged at that age, and I mentioned shuddering at the thought, which made this conversation happen:

John:  Yeah, but it’s not like you don’t have the same sensation during sex…
Me:
Jerry:  Um, no?
Me:  Yeah, I don’t willingly use the rear entry.  You know letting your spouse put her finger where the sun don’t shine is a gateway drug to letting random men do it, right?

At this point, I didn’t think I was being particularly loud, but there was some locally-brewed-at-higher-altitude beers involved, so I can’t guarantee I wasn’t “talking” at 70+ decibels.  But I do know a woman sitting a good 25 feet away at another table stood up and said this:

Woman from 25′ away:  He’s TOTALLY right about that!  A finger in the ass IS a gateway drug to other things!

This slightly mortified John, but he wouldn’t let it go, so he asked our server.  But what neither party knew is that I recorded his asking the server about utilization of rear entry ports.  And here it is —

After this conversation, John decided we all needed shots (as are in the video above), and we downed them before watching some dudes beat the hell out of each other and then hitting the hotel in preparation for an early wake up and trip home like this: 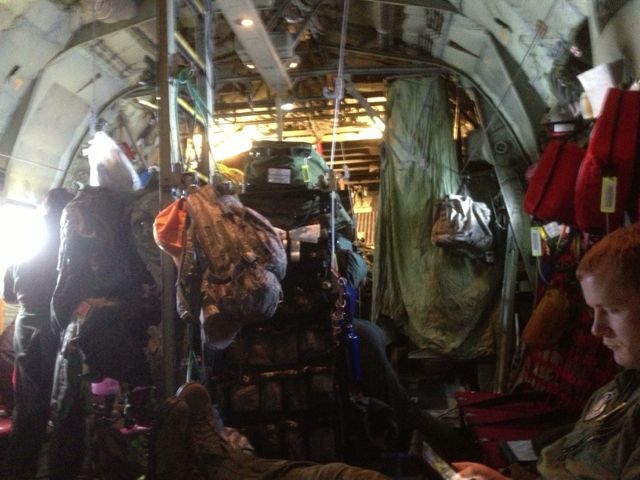 And while this may look miserable and cramped (note the green tarp-like material hanging from the top–that’s the latrine), but I actually enjoy this mode of transport, and it’s perfect for reading.  The back of a military cargo plane is too loud to hear any conversation below a holler, so everyone has hearing protection on and keeps to themselves, a luxury I don’t often get on commercial flights!  Sign me up for military transport any day, I say.

So, as Thanksgiving approaches, I’m grateful for occasional breaks from my “real” job and life via military airlift.  Totally worth going to war for the privilege (now that I’m back, at least).