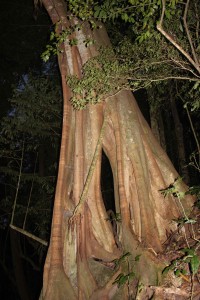 We chose the longer trail, the two of us.  The rest of the group opted for the short trail, as it was getting dark, and none of us had a flashlight.  We crossed winding paths past large trees, across foot bridges, up hills and back down them…about a mile total.  Darkness filled in around the canopy, and we were about a quarter mile from the end of the trail when I heard it.  A deep, guttural growl that told me, “I know you’re approaching.  Go away.”

I stopped.  “Did you hear that?” I asked.  Silence.  But then, more growling and barking, as if fifteen beasts were sternly admonishing us to leave or be torn limb from limb and eaten for supper.

The trail map indicated there were howler monkeys near the end of the trail, which I assumed meant 10′ hairy carnivores that hated gringos.

I froze, unable to see from which direction the howls were coming.  Then they got closer.  My friend, who was in front, turned and sprinted past me toward the trail head we’d left a mile ago.  I followed.

“I think they’re coming after us…the barks are getting louder…closer!” I bellowed while trying to keep up with my former pro soccer playing companion.

“Just keep running til we can’t hear them any more!” he called over his shoulder.

A mile later, we were muddy, soaked, and panting for air in the parking lot where the other 7 from our group waited.

Me:  “We were nearly killed by howler monkeys!”
Him:  “You mean the little creatures that live in the tree tops and eat leaves when they’re not sleeping 15 hours a day?”
Me:  “Eat a dick.”

I can’t help others’ jealousy over my uncanny ability to survive in the face of tremendous peril. 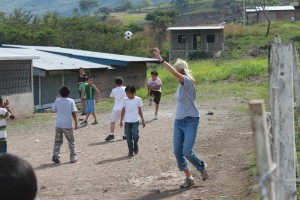 During the rest of the weekend, we played soccer, made craft projects, and picked up trash on the sides of the road with a couple hundred children.  We scouted lots to purchase and on which to build additional classrooms for their school.  We met with parents and teachers to learn how we can improve on the past 5 years of partnership. 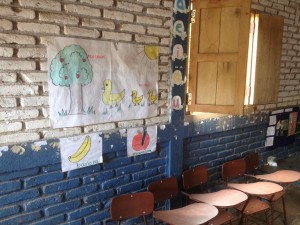 We had a pinata party.  They were INTO it. 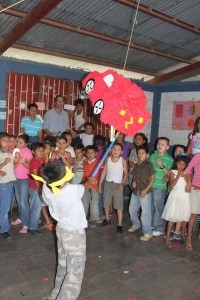 I spent much of the first day with Jeremy (5) and his brother Rafael (11). 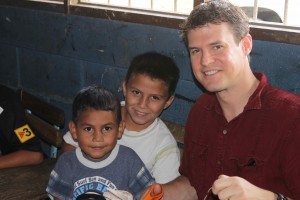 And was even invited home with them to meet their parents and be served coffee and Ritz crackers. 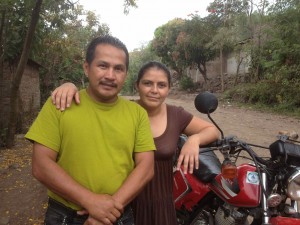 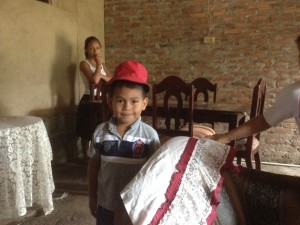 We walked down the side of a mountain, past homes like these: 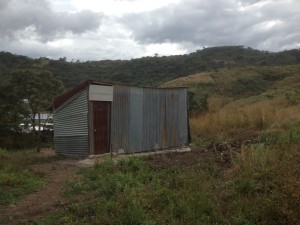 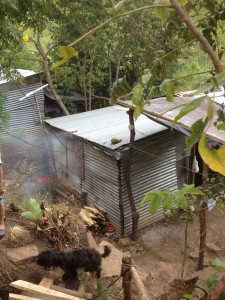 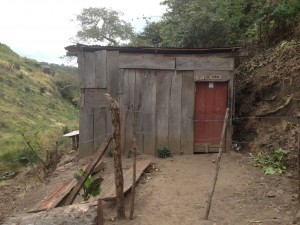 I tried to pull from that one semester of Spanish in undergrad 15 years ago. 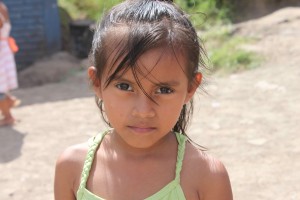 After two days that went by too quickly, we promised them we’d be back in May to visit again and start construction on the additional buildings. 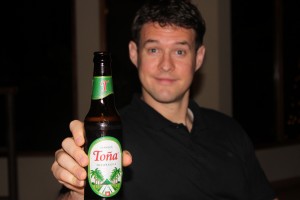 Upon visiting a coffee plantation shortly before dinner, a young woman approached me.
Her:  Hello.  What’s your name?
Me:  Michael.
Her:  You staying around here?
Me:  Yes.
Her:  Where?
Me:  I…I don’t remember its name.  Is someone making you ask these things of me?  Are you–you know–being forced to get money for…
Her:  I just wanted to practice my English and find out what you thought of my country!  (walks off)

The rest of the trip, any time a local was friendly, my travel companions took great pleasure in insisting she was NOT a child prostitute.

And then I flew home, again realizing just how blessed I am and how eager I am to continue to donate time and money to helping these children, and how essential I believe introducing them to my own children is, so that they never take what they have for granted as we move into the season of “I want!” perpetuated by American culture and doting grandparents.