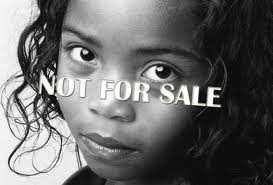 Saturday morning, I took our 16-year-old to join a group of strangers at an old building by some railroad tracks near the airport to perform what we were told would be “renovations/clean up” work. The initiative was arranged by our church, which asked that we perform 8,000 service hours this Christmas season (we did 15,000), and this was our part.  We went by Chick-fil-A for breakfast (where one is supposed to seek fuel before doing God’s work) and arrived early at the facility. When the group arrived, before we started receiving projects and breaking into teams, we learned how the facility in which we stood would be utilized.

I’d heard Atlanta had a bit of a sex trafficking issue, but I assumed it was exchanges occurring via connecting flights from the Far East to the Way North or Down South, and that the activity pretty much stayed at the world’s busiest airport, just south of the city.

I was wrong.  Actually, about 100 adolescent girls are sold sexually every single night in Atlanta.  It’s rampant, and it’s local.  Instead of flying to Costa Rica or Thailand for this type of sordid entertainment, these bastards are coming here.  It sometimes starts with 5 year olds.  It frequently begins with 9 year olds. They’re kidnapped, brainwashed, often drugged, and then sold over and over each night until they bring home $1,000 (often 10 tricks a night).  A typical pimp will have 5 girls he’s trafficking, so the revenue is astounding.  So astounding, in fact, it’s becoming the preferred source of income generation for gangs, instead of narcotics.  Drugs are sold and gone.  People can be reused, you see.

The place we gathered on Saturday offers a place to escape from this lifestyle, along with counseling, role modeling, and advocacy for the victims.  The building we visited was to become a refuge for former slaves to live, so that they’ll have a permanent address (needed to attend public school), a support network, counseling, etc.  In short, the walls I spackled and painted for 4 hours Saturday morning will soon house girls the same ages as two of the three girls who live in my house.  Girls who’ve been set free from the worst psychological and physical torture I can imagine.  Girls who were snatched from their lives and converted into property.

Having been a homeowner for over a decade, I’ve spackled, primed, and painted many a wall for my tenants, my family, and for myself.  But Saturday’s mudding was different.  Tiny pushpin holes I’d usually let go, I filled.  Barely noticeable crevices in closets, behind doors, next to baseboards, in corners–everywhere I saw a hole, a divot, or other imperfection–I wanted it filled and perfectly smoothed before painting.  I wanted these finished walls, once they became “home” for one of these victims, to be the most blemish-free addition to their recovery I could possibly muster.

As we got ready to leave, I picked up one of the brochures next to the door and turned to the “connect with us” section.  I filled out my personal information and checked boxes for “give,” “serve,” and “advocate.”  You can do the same here.

Because selling children for sex?  Is fucking evil.  I don’t care what God you do or don’t believe in, or what moral compass you do or don’t profess to have.  And I don’t see it going away on its own.