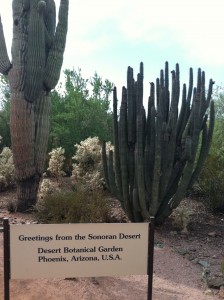 If you grew up black and on the streets in the 1980s like I did, you’re familiar with the lyric, “Ain’t no love in Oakland, bitch.”

Phoenix is just the opposite of Oakland.

It started less than an hour after I landed, when someone I’d only met a few days prior (in person, anyway) invited me over for dinner and allowed me her husband’s office for a deposition I had the next day.  After a successful deposition, the case settled, so I went for lunch and margaritas at Tee Pee (a recommendation by Jenny, the “someone” from above, who met me there).  I decided to change out of my suit and explore the desert botanical garden before meeting up with some kinfolk who lived just south of town.

Voice:  This is your after hours answering service, and you have a call from…a restaurant in Phoenix?  Are you out of town right now?  Do you want to take it?
Me:  What?
Voice:  They say they have your credit card.
Me:  Oh hell!  Yes!

Apparently, the server had seen the card I left at my table, called the phone number on the back, was told by a customer service rep that she needed a password to talk to her about me or my card, hung up with Amex, gone online to google the name on the card, found my eponymous place of employment, called the advertised phone number, got my virtual receptionist (as it was past 5pm Eastern time), and then got me.  I’m not sure most people would have gone to that length.  I rushed back to the restaurant from the hotel and told her how awesome she was to stay off amazon.com.

I continued with my plan to check out the desert.  And the dude behind the counter let me in for free after I inquired about military discounts! 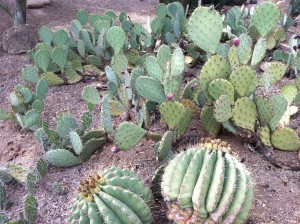 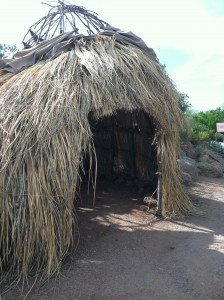 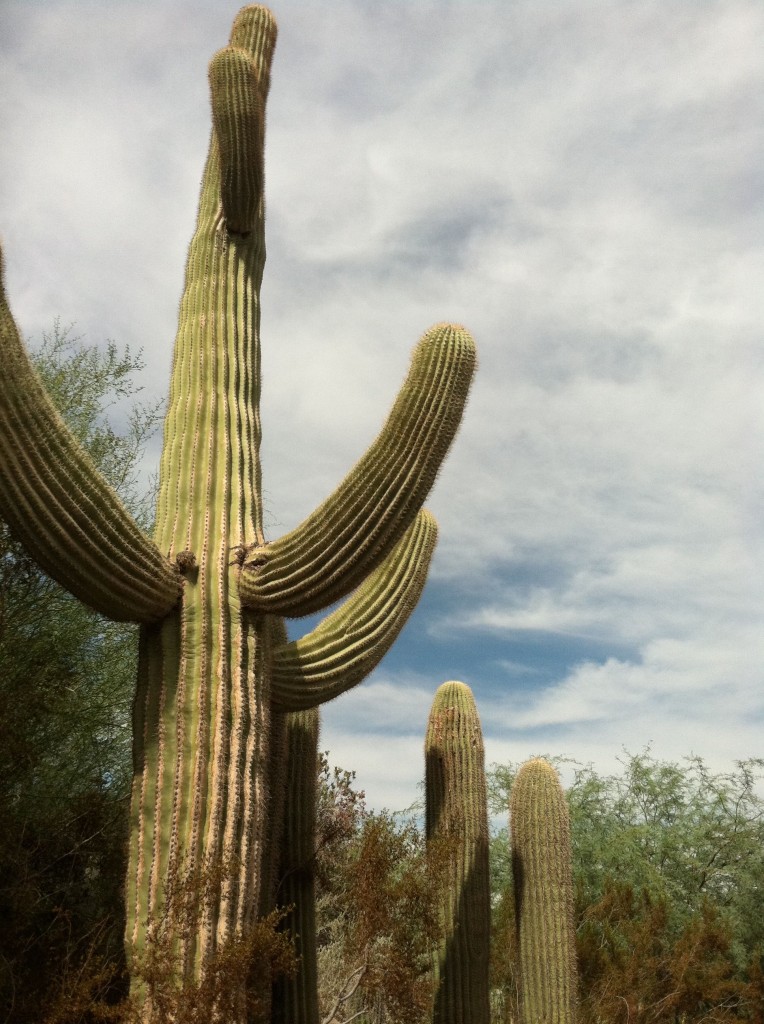 Because it was about 115 degrees, and I’d neglected to bring a hat, sunscreen, or any water, I retreated back to my car after about an hour or so.  But not before seeing this sign, which represents the only time I’ve seen another reference to the discipline in which my bride was pursuing her PhD (only she called it “paleoethnobotany.”), so I took a picture, as I’d always thought she was making this field up: 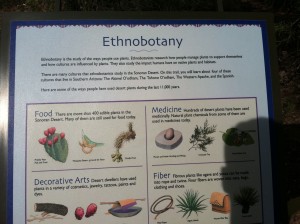 Continuing my streak of inquisitive wandering, I wondered how anyone in Phoenix touches his steering wheel after being at work all day.  And then I saw this: 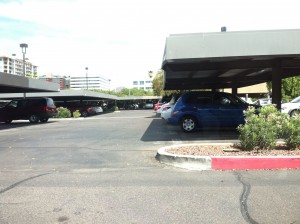 And I wished Atlanta had these structures outside buildings without parking garages (I did notice that most of the places under cover had names or “reserved” painted in the place, so these spots are no place for plebes, it would appear).

On the flight home, I was bumped to business class for only the second time in my life and sat next to a talkative young man returning for his second year of collegiate training to become a pastor in Atlanta.  He’d grown up in Phoenix and returned home for the summer vacation that had just ended.  I never sit next to friendly young men in business class when flying FROM Atlanta.

You’re all right when you’re not shooting one another, Arizona.  Stay loving.