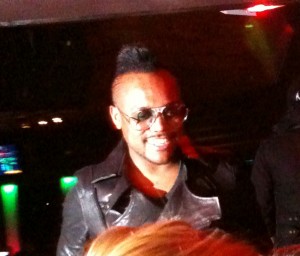 I didn’t write down any goals when I started like all the motivational books say to do, but I had a few in my head:

1) Bring in about the same amount of income in year 1 as I brought in the year before while working for a firm.
–Did that by month 7 (though months 1-5 brought in next to nothing).  This was the goal others thought was crazy.

2) Get asked to speak about my unorthodox marketing ideas.
–I’ve had about 10 attorneys ask me to lunch or happy hour to discuss how I started my firm, marketed it, and got it to work.    Today, it was an architect.  Tomorrow, a law student interviews me for a class a local law school is doing on entrepreneurship and “going solo.”  He’ll be shadowing me from time to time the next couple of months and will then write a paper.  I can’t wait to have him bring me coffee and open the mail, as I’m sick of doing both and am too cheap to pay someone to do it.

3) Have enough flexibility to attend events at the little ones’ school.
–I’m finding that preschool doesn’t have a bunch of “events,” but I did go to the Halloween costume parade.  It was adorable.  Sometimes, I take them to school in the morning and meet their teachers.  No one tells me I have to stay late or come in early for meetings or corrections to TPS reports, so I almost always have breakfast and dinner at home with the little ones.  Perhaps “flexibility to attend events” really means “be a part of your children’s lives” right now.  My dad was a pilot and would often be gone for 2 weeks straight.  That is why I never considered becoming a pilot.

4) Travel on my firm’s dime.
–This is where I have excelled.  A friend who’s also a recent solo shares office space with me.  Shortly after we started our firms, we decided our area of town needed its own bar association–sort of like a fraternity for young(ish) lawyers who like nice restaurants and bars.  We called the right people and made it happen.  At our last meeting, we ended up at the same bar as the Black Eyed Peas.  We’re going to New Orleans in 2 days.  We have a conference in Nassau in a few weeks.  Later this year, trips to New York, Destin, Asheville, San Antonio, Houston, and Seattle will be firm expenses.  I love firm expenses and the sections of the Internal Revenue Code that facilitate them.

5) Derive intrinsic satisfaction from the “big picture” aspects of what I do.
–That took a matter of seconds.  Fighting for individuals who are getting screwed is way more fulfilling than fighting against them to save an insurance company money.  That being said, I don’t want to help someone defraud an insurance company or small business.  I think handling several hundred cases from the other side helped me gauge the liars.  I turn down those cases.

6) Have fun.
–A couple friends IRL have opined that I have too much fun, but I get a lot of work from folks with whom I go out a night or two per week.  Don’t hate.  I’ve been to more than my fair share of funerals the last few years.  I’m gathering rosebuds.

There have been a few unforeseen downers, however:
1) Banks don’t lend money to folks if the loan can’t be sold, which means the loan has to meet Fannie Mae guidelines, and two self-employed people don’t qualify.
–Regardless of income and credit scores.  So, I’m giving a big “fuck you” to the banking industry and have put our house on the market with the goal of renting for a year or two while saving up to pay cash for a new home that will fit all our babies (that or get a small portfolio loan from a local credit union, but only for 10 years).

2) There is no “unplugging.”
–Whether on vacation, a weekend trip, or the shitter, I’m always thinking about work, checking emails and voicemails, and going over what needs to be accomplished the next day in my head.  I don’t relax unless I’m intoxicated, which has led to an increase in my drinking.

3) Imitation may be flattering, but it can be discouraging.
–In the last year, I’ve seen a huge increase in the number of older, more established firms in my market increase their web presence and start using social media for promotion.  They have deeper pockets than I do, so while their efforts lack my wit and personality, they’re more visually appealing and professional-looking.  I still believe the internet is an arena in which David can beat Goliath.  Hopefully.

Summary:  It’s worth it.  And I’ll continue to promote chasing dreams and being unorthodox to anyone who asks.

Leave a Reply to Debbie in Memphis Cancel