A few weeks ago, when I decided we needed a “babymoon” and to use some of my USAA points before they dropped in buying power on April 1, a few friends and a neighbor suggested Costa Rica as a warm and relatively inexpensive January destination.  But, they advised me that I should not drive.

Me:  Why?  I’ve driven in Puerto Rico, Kuwait, Iraq, New York City, and Atlanta.  I’m not afraid of a highway.
Everyone Else: The roads suck, and the other drivers are crazy.
Me:  Fearing ‘other drivers’ is for pussyboys.  I fear nothing.

We arrived late Wednesday night, and first thing Thursday morning, I went to the concierge to arrange for a rental car, so I could go explore San Jose and some volcano thing called Poas at a park up the road.

It was a Suzuki with no shocks.  It sucked. 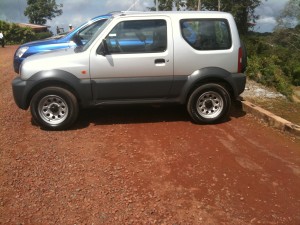 After two hours of traffic in a stick shift, I was eager for this to be the best damn hole in the ground I’d ever seen.  I pulled up to the park entrance.

Ranger-looking-dude:  Bad news.  I must tell you–the clouds are in the crater, and you can’t see anything today.  I’m sorry.
Me:  And I must tell you–kiss my ass.  Do you know the hell I went through to guide this piece of shit up the God-forsaken trail you people call a street?
Ranger dude:  I’m sorry…you can go hike there if you want, but there is no view.  Just down the road are some waterfalls, though!

We headed back down the mountain to look for a Shell station and a dirt road that lead to a bunch of falling water.  Two hours later, we were lost and were nowhere near a bunch of falling water.  But we did find a butterfly farm!  By the time we stopped, neither of us was speaking to the other, my left arm was sunburned, and my left hand was calloused from holding the steering wheel in anger for the past 4+ hours.  But we toured the butterflies and learned some stuff about pupae.

We then tried to find some jade museum thing that was closed when we arrived.  I declared alcohol a necessity and plopped down in a martini bar we found after walking 5 blocks to a restaurant site that had gone out of business 3 years prior, just after our tourbook was published.  The TV behind the bar was showing MTV2.  At that point in our vacation, having martinis and watching 80s videos was the highlight of my trip.  I didn’t want to leave, but Pretty Bride was concerned about the parking attendant I’d paid for 1 hour of parking 2.5 hours ago, so she insisted on leaving.

I sat in the outdoor hot tub for several hours that night and wondered what I’d done to piss God off so royally.

The next day, I thought it a good idea to drive 7 hours roundtrip from San Jose to Manuel Antonio National Park.  Through the mountains.  With no painted lines, signs, reflectors, or guardrails.  But plenty of 18-wheelers, bicycles, ATVs, and motorcycles. 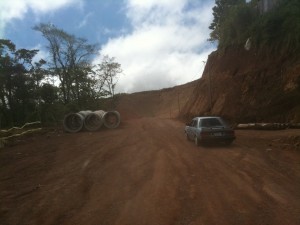 We liked Manuel Antonio.  Our guide found sloths, a frog, some spiders, a crab, several birds, and some frighteningly large insects along the trail to a beach filled with monkeys! 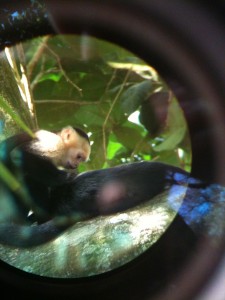 It was over 90 degrees that day (a welcomed heat after a preceding weekend of snow and ice in Atlanta), making the Pacific’s cool waters a welcomed conclusion.  Dinner was at an old C-123 from the Iran-Contra affair turned into a restaurant before we began the harrowing drive through the mountains at night (after pulling over to watch the sun set). 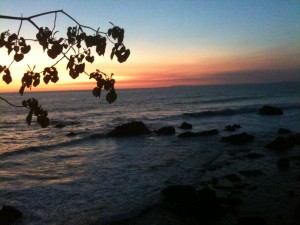 The next morning at 7, I walked up to the concierge with my Suzuki keys and rental agreement.

Me:  Hello.  I’d like to return my car two days early.  I don’t enjoy driving in your country.
Concierge:  hahaha!  *backs chair away from desk to allow for more hysterical laughter* hahahaha!
Me:  No really.  I don’t know where the little car rental dude is, but I’m putting this shit in his chair.  I’m going to find a tour bus now.

At this point, my questions are these:
1) Why have I seen no advertisements for abogados?  Do I really want to spend time in a country with no lawyers?
2) Should we have gone to Dollywood instead?