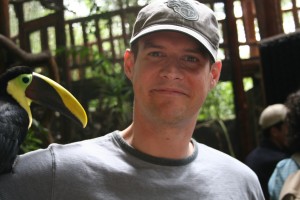 On Day 3, I ditched the rental’s keys and boarded a tourbus for Arenal Volcano National Park.  Five minutes into the trip, my bride asked if I was enjoying this traveling better that the previous two days’ journeys. 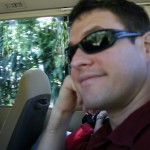 We befriended folks from such foreign lands as Puerto Rico, Poland, France, Denver, and Indiana.  We learned about what we were passing instead of wondering about it.  I didn’t give a shit about traffic or young pedestrians. 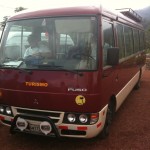 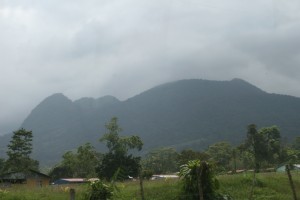 After a stop that allowed some shopping for local goods (to include cigars for me), we went to the hot springs at Tabacon:  a series of heated pools and water falls below the volcano.  They were wonderful.  So much, in fact, that I actually got out to piss behind some palm trees instead of going in the water, because I didn’t want to soil the wonderful creation around me. 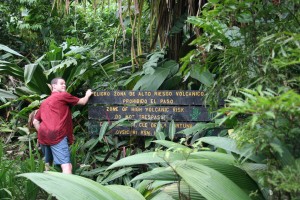 Damn right it felt good.  We stayed in the hot water for 3 hours before a pretty good meal and then a trip to the base of the volcano after dark to marvel at the glorious eruptions of rock and lava and fire storms to follow. 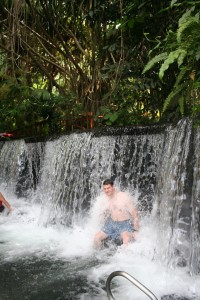 But we were there on one of the 80% of evenings in which the cloud cover prevents seeing anything.  So, we stood in the dark with a bunch of strangers and stared into the blackness and nothingness for 15 minutes instead, while I made out loud observations about how screwed we were if the tourbus didn’t return to pick us up.  Luckily, the bus came.

The next day we boarded another tourbus at 7am to try, again, to see Poas Volcano National Park.  This time, it was clear: 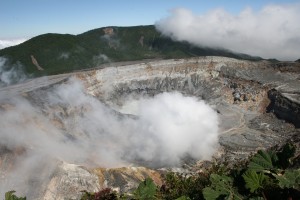 We did some hiking and took pictures.  On the way, we stopped at the Doka Coffee plantation for a tour and the chance to buy 7 bags of damned good coffee. 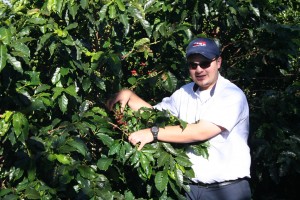 And after the volcano, we saw La Paz Waterfall Gardens (we actually found it this time, when someone else was driving).  An earthquake rendered part of the hiking trail to 3 additional falls impassable, but we were able to see 2 of the waterfalls and a bunch of wildlife. 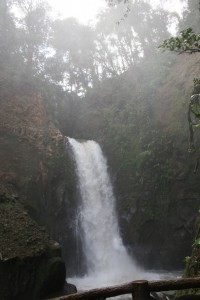 We headed back to the hotel, and I begin to notice something odd.  Just about every home or business we passed was surrounded by bars, fencing, and/or concertina wire.  It was as if everyone was Scott Stapp and created their own prisons. 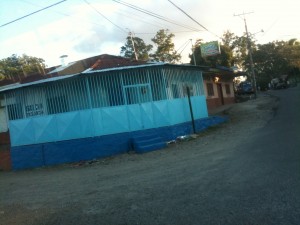 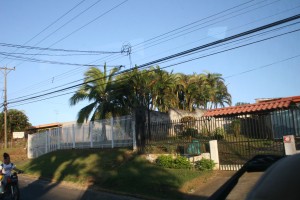 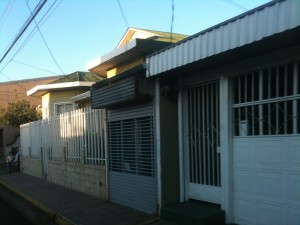 What if there’s a fire?  Damnation. 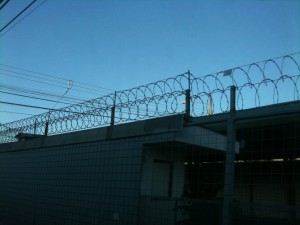 Just in case you thought you’d climb the wall to visit this place (which wasn’t a prison, by the way). 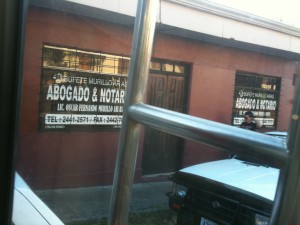 Even the friendly neighborhood abogado and notario need bars on the windows!  Sadness.  I reckon it’s to keep out the clients.

We got back to the hotel just in time for deep tissue massages before going to bed.  I think the woman rubbing me was blind, like in that shitty Val Kilmer movie with Kelly McGillis.  I was sore for 2 days.

All in all, a pretty good trip, considering the difficulty in “getting away” when both parties are self-employed and Type A by nature.  And the whole pregnancy thing kept us from the white water rafting and zip lining I wanted to do.  Maybe next time.

We’re talking about bringing the children with us on a vacation sometime soon, like summer ’11 (something we’ve never done before–we prefer to ditch them and travel alone).  God help us.

Feel free to check out additional pictures on my flickr page!