In Fall 1985, my elementary school sent us to Huntsville, Alabama to the  U.S. Space & Rocket Center.  Here’s Chad, the kid who sat next to me on the bus ride from Nashville: 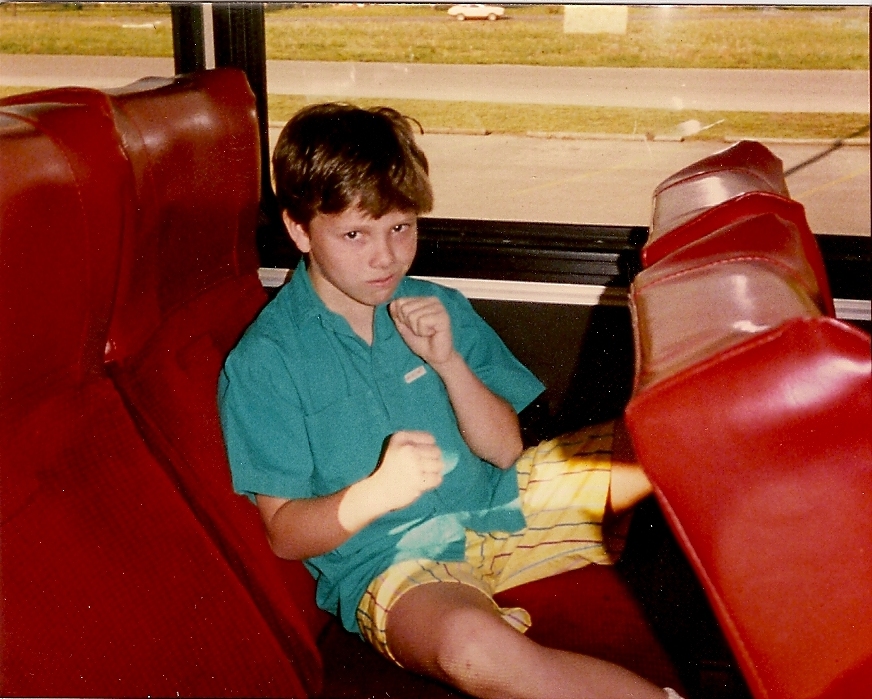 He also sat next to me on a high school field trip to Washington, D.C. in Spring 1992: 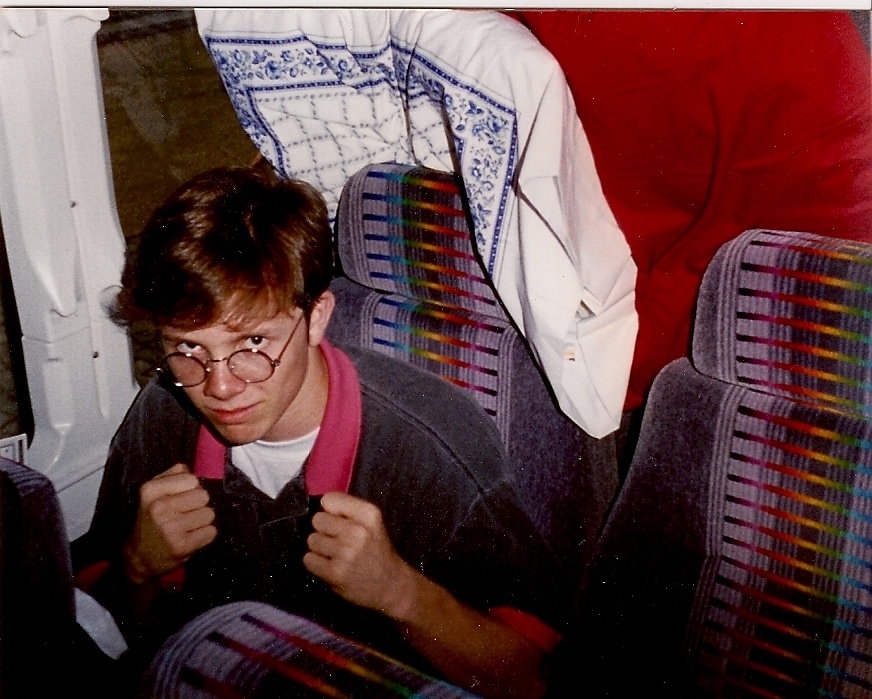 He no longer poses like this or signs yearbooks with “Your friend Chad, otherwise known as ‘Rocky Balboa’.”

We walked around the museum and rode some centrifuge-like vehicle that spun us around and made the wheeled contraption to which I was strapped rise above the floor a few feet, consistent with what the ride’s operator told us to expect if any of us were “particularly light” (which I translated to mean, “little pussyboys”).

There was a monkey behind glass that was either Miss Baker or one of her stunt doubles.  I was watching her sit on a limb for a minute when I noticed one of my classmates, Emily Coke, standing directly across from me.  She was also watching Miss Baker, and I was watching her.  She noticed me looking her way through the glass and smiled.  I looked away.

Our next group activity was to go into the movie theater and watch some film about how Kennedy got us on the moon.  Chad ended up in the row in front of me next to his girlfriend, Sarah.  I positioned myself in line behind Emily.

Emily and I had a bit of a history.  Her best friend Suzanne had asked whom I liked at the end of fourth grade, and I’d responded with a code:  Wms, Ckgjw.  Each letter used was two letters ahead of the letter intended.  I’d given her what I thought was an adequate key, that “W=Y,” but she still struggled with it for a week or so until I finally gave up losing sleep and told Suzanne that it meant “You, Emily,” so that she could tell Emily (a CIA codebreaker Emily is not).  We had not spoken about my cryptic message, however, as school had ended, and fifth grade meant different teachers.

The lights lowered.  Emily reached down with her left hand and grabbed my right hand.  My heart rate tripled.  Except for a couple breaks to wipe off the sweat on my Jams, they stayed together.

The movie ended; Emily released my hand, and everyone but me stood up to walk outside.

I had a boner.  I held my gold Kodak Disc camera over my crotch to hide the inordinate amount of pleasure I’d experienced from holding a girl’s hand.

It wouldn’t go away.  Emily was waiting on me at the end of the row, so I slowly stood up, tucked my erect soldier into the elastic waistband of my Fruit of the Loom briefs, and walked towards the exit.

Sarah grabbed my camera as I frantically placed my hands over my crotch like soccer players do before a free kick on the goal.

Emily (putting her arm around my shoulder to pose):  “Aren’t you going to put your arm around me?”
Me (desperately trying to picture our wrinkly old principal):  “Oh-Okay.”

And there we were.  Arm in arm, posing in front of the U.S. Space & Rocket Center, Emily looking at the camera, and me looking at my crotch.