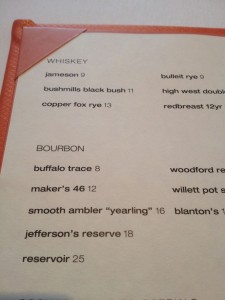 Last week, your government did all of us the service of sending me to Frederick, Maryland for some critical training in the art of watching PowerPoint slides.  Luckily, there was some down time in the evenings.

At the suggestion of my Baltimore-residing friend with expertise on all things Epicurean, Charlie, I tried a restaurant called Volt for a romantic dinner for one.  And, since my Indian name isn’t “Flocks With Prostitutes” while on official government business, this was the best $200 I could’ve spent on myself.  Delicious.  Good bourbon, too. 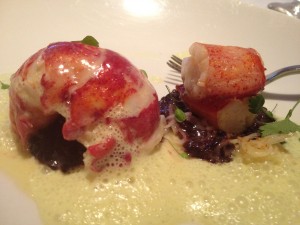 The following evening, I got to travel through 2 hours of traffic and rain to the welcoming Sweetney + Charlie crib!  I was treated to love from at least 19 dogs, a wonderful meal that included the first batch of collard greens I’ve actually enjoyed (from Charlie), some fine KY bourbon (also from Charlie), and some enjoyable and enlightening (about myself) conversation (from Tracey, because Charlie went to bed early). 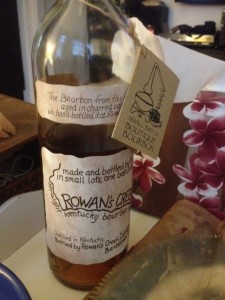 I asked to see where Tracey runs her 19 or so websites (one for each dog…hmmm), and was led to a cozy home office on the top floor with a window overlooking the neighborhood, a MacBook Pro (like the ones on which my bride and I run our businesses, too), and hanging reminders and remnants from past Sparklecorn parties.  I was impressed.  Especially since none of the dogs seemed particularly adept at grammar. 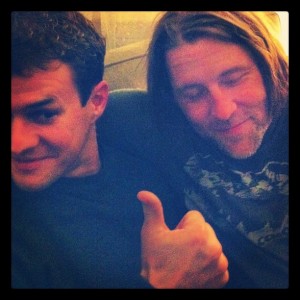 And I think I talked about the war and various other sensitive topics that have been explored and shelved in my “drafts” folder for 4+ years.  I love how the internet comes alive when I travel.  And how it keeps me from drinking alone.

The following day was April the 19th, my little brother‘s birthday.  And, thanks to the wonders of FaceBook and its tracking my whereabouts, I learned from a mutual friend that my brother’s residence in Pennsylvania was actually quite close to me that week (having been educated exclusively in the South, all I know about Northern geography is where the Battle of Gettysburg took place).  So, I invited him down for dinner at Volt. 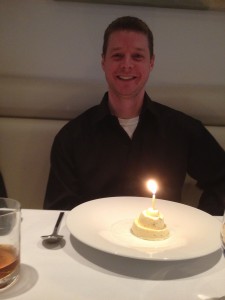 Best I can recall, dinner was delicious.  Best I can recall, so were the shots the people he befriended at subsequent bars kept buying us until I tapped out at 2am, since I had to get up at 6am to drive an hour and catch an early flight home. 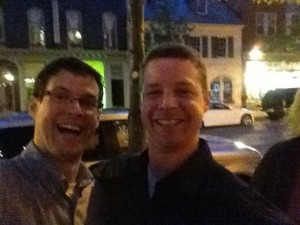 And he got a free CD!  From some dude I called “Fugazi” who appears to be his new best friend!

And so concluded another wonderful display of service to our country.  You’re welcome, America.