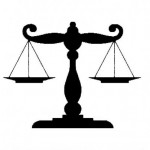 Here are some snippets from actual emails I’ve sent to opposing attorneys in the past week:

The first thing I did when I joined the local trial lawyers’ association was to search for my name to see what others had said about me during the 5+ years I defended insurance companies. All of the comments were positive:  “reasonable to deal with,” “professional,” “honest.” Except for one person, but she’s a fat whore, and I hate her.

Some of these emails were to lawyers whom I consider to be friends, even if I dislike their clients.  But I’m finding myself spending more and more time pissed off every day, now that I represent real people with real pain and problems:  ie, not insurance companies trying to save a few thousand dollars here and there by delaying action.

It’s the nature of our adversarial system of justice to get riled up every once in a while, but can you imagine what life would be like if other professions were adversarial?

What if every time a cardiologist had his hands inside a chest cavity, some nefarious son of a bitch were releasing rabid gerbils and blowing anthrax spores throughout the OR?

Or if every classroom had a teacher in front and a Ron Jeremy shoot in the back?

Or every musician were assigned a heroin dealer immediately upon learning the first barre chord?

Or every archeologist had a bulldozer operator waiting for the chance to undo a day’s worth of meticulous unearthing in 5 seconds?

Or every salesperson had hecklers show up to every appointment with a chorus of “this shit sucks–don’t do it!” in the background, like a real live version of negative Yelp reviews?

So think about that next time you see a bunch of men and women in suits sitting around a table littered with empty wine and beer bottles on a Thursday evening, their voices a few decibels too loud, and their language a few four-letter-words too profane.

And don’t hesitate to buy me a drink.  Unless you’re that whore from the listserv.