For the rest of my life, I will remember exactly where I was when I learned that no more Zima would be made. It was October 20; I was driving on I-24 West towards Nashville, passing Winchester, TN.  I had to pull over and cry.  I felt as though I’d learned my first love had just been hit by a bus.

I met Zima during Spring Break 1993 in Gatlinburg, TN (not far from where a boy named Sue lost a piece of his ear fighting his dad).  She belonged to another boy at the time, but he told me I could give ‘er a whirl, as he had plenty.  So I did.  And then another.  And another.  Having never put an alcoholic beverage into my body before, turning three tricks with the woman I hereinafter have referred to as Queen Zima (pronounced Zeye May) made me…well…refer to a shitty malt beverage as “Queen.”  And ride in the back of a pickup truck barking like a basset hound.  It was zomething different, all right.

At some point, I thought wearing a water polo hat would be a good idea and tried to get a game going in our hotel room’s hot tub.  It wasn’t a good idea.  Frustrated, I tried to shove a bottle of Zima into my left ear. 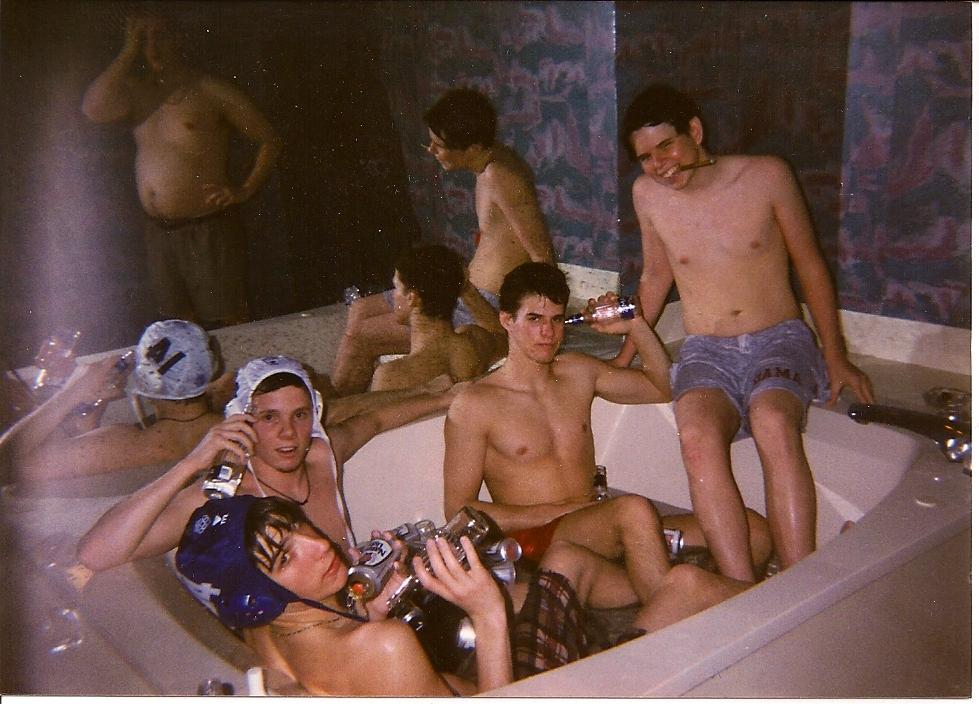 Then I decided to make a cape with my white hotel towel and play “super hero” with a guy named Jim Bob.  We lay on the carpeted floor in our hotel’s hallway screaming “Wet Avengers!” until someone opened the door and took this picture: 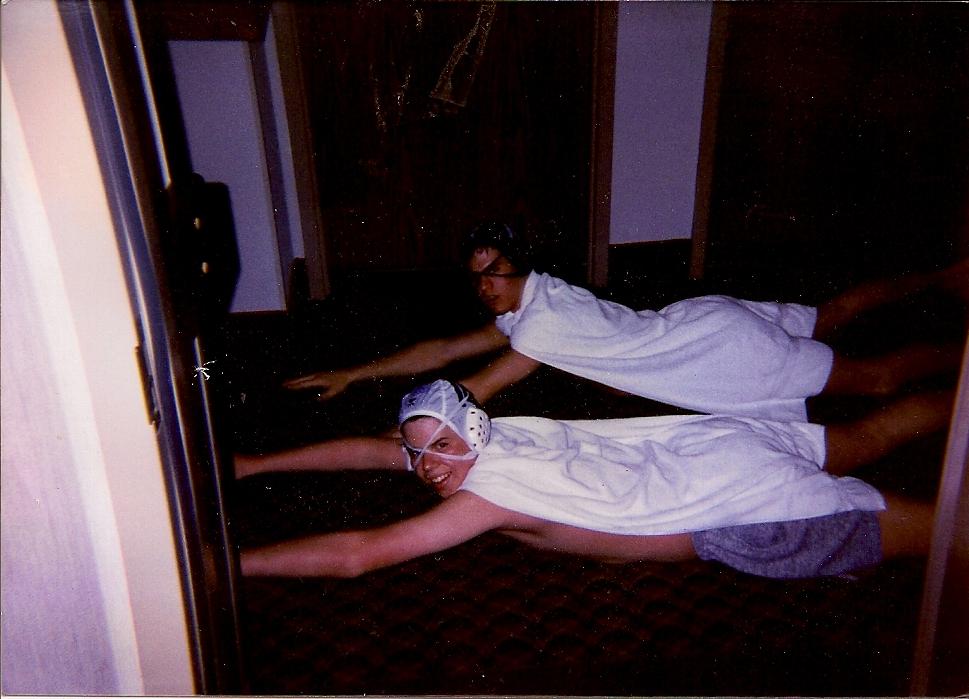 When the cape didn’t help me slip the surly bonds of Earth, I tucked it into my underpants’ waist band to create a loincloth and, wearing nothing else, ran across four lanes of traffic to board a sightseeing tour helicopter ride.  I hopped into the back of the copter with a couple who was touring.  That lasted about 3 seconds.  The pilot asked for $50; I had no pockets, so I had no cash.  I’m sure that’s the only reason I was asked to leave.

Not long after this adventure, my friends lowered me into a go-cart, tutored me on the gas and brake pedals, and let me race several children on vacation with their families.  That didn’t last long, either, as I forgot my brake pedal v. gas pedal lesson, rammed into a parked 9-year-old, and was encourage to leave (actually, to never return to that go-cart track ever.  Luckily, there are 2500 more in Pigeon Forge and Gatlinburg).

So, my brief, tumultuous, but forever-memorable tryst with Queen Zima will always hold a warm, dear spot in my heart.  It’s just a crying shame kids today won’t benefit from her companionship as I did.