No, I’m not talking about the extra something you get for going into the VIP area of a Canadian strip club; I’m talking about what I’m not.  Home improvement projects for the past 16 years that I’ve been a grown up (i.e., out of undergrad) have meant paying someone.  With each passing year, the list of activities I’m unwilling to attempt myself has grown to include cutting grass, painting walls, hanging ceiling fans, hanging window treatments, cleaning the inside of the house, spreading mulch, planting bushes, etc. etc.

So, when the dining room light refused to go out a few days ago, I asked around for a referral to an electrician.  I was told to quit being a pussy and save my $200.  So, I went to Lowe’s, bought a new light switch thingy, and ripped off the old one. 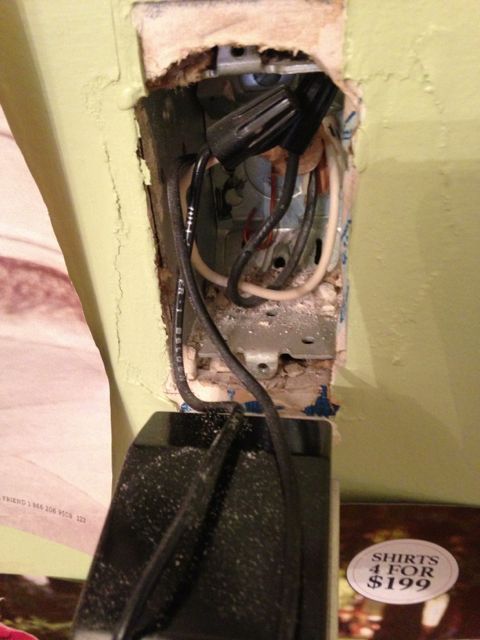 Seems simple enough, right?  But the new switch had 3 wires, while the old one had 2 inside it.  I learned the extra was something called a “ground” wire, so I looped that one to a piece of copper in the very back of the box in our wall.  Then I hooked up the other 2, and presto!  I had a new, functional light switch capable of dimming.

I got cocky and decided I could install a new thermostat.  Why?  Because when we went to Shane and Adina’s house last weekend after Sunday brunch, he had a fancy looking Nest thingy, and I decided we needed a fancy Nest, so I bought one on the same Lowe’s trip.  I’d planned to call someone to install it but decided to try it myself instead. 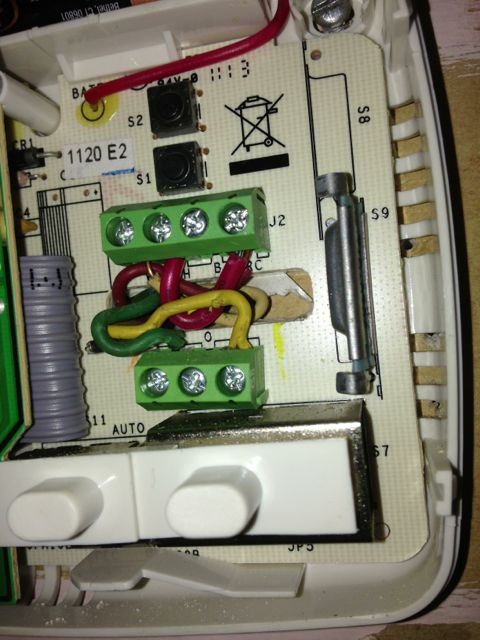 That’s what I saw when I popped the cover off our existing thermostat. I followed the directions, pulled out wires and stuck labels on them (included in the Nest box), and hooked the wires up to the inside of the Nest cylinder. 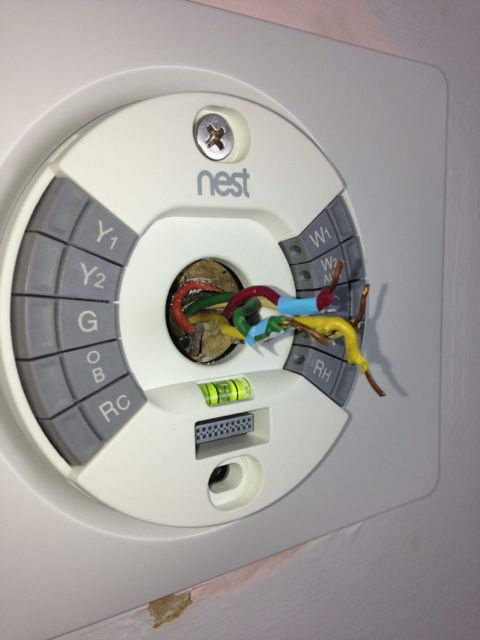 Then I popped the cover on, followed the prompts to connect it to our wifi, and waited to see if it worked. 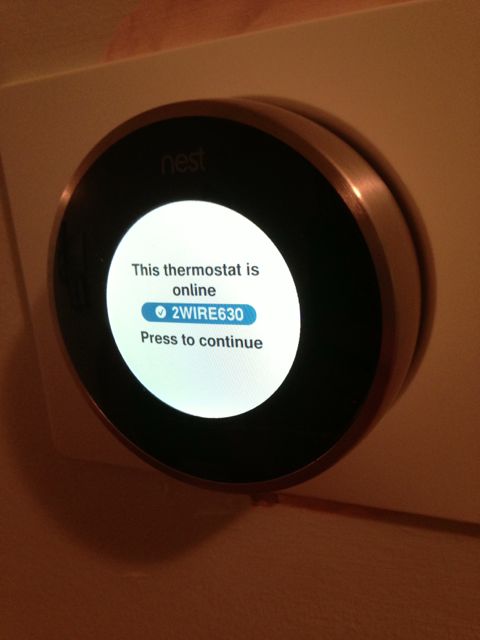 And it totally worked!  The whole process took maybe 15 minutes.  I was so excited about my new found abilities that I decided to write a post about it.  And here it is. 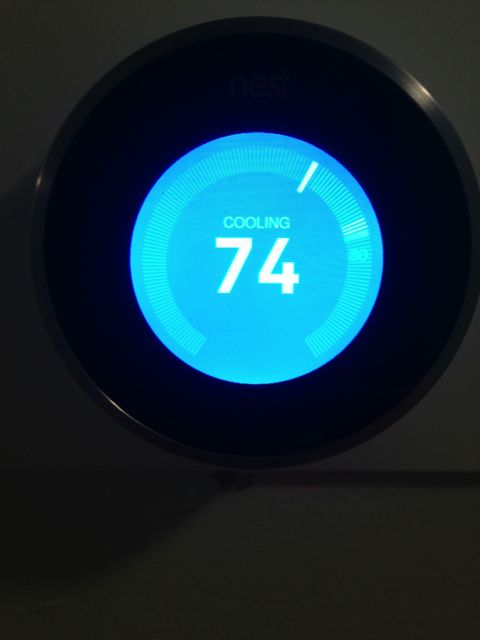