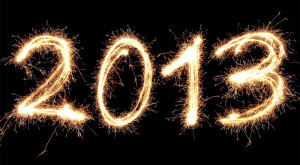 I just found the following sentences sitting in my “drafts” folder as part of a post I wrote in late January 2012; I obviously didn’t finish it:

I’m normally excited about a new year:  new goals; new resolutions; new chance to see Alabama play for a national championship.  But this year is different.  2011, especially the last half or so, went so well that I’ve spent the first month of 2012 longing for a continuation of last year.  Trying to avoid complacency but unable to come up with anything new to pursue (other than the usual percentage increase in the firm’s gross revenue).  Not setting new goals.  No new challenges planned.  Not feeling like engaging in any of my usual choices of recreation:  writing, exercising, traveling.

This is pathetic.  Truth be typed, I was miserable for the first several months of 2012.  I had bothersome (and seemingly incurable) health issues for the first time in my life.  Money was tight, as we had to spend thousands of unplanned dollars on major home repairs (after using all our savings to buy what had seemed like a good deal on a new house at the end of 2011).  I got depressed, thinking I’d made a huge mistake and that I’d never be able to pull our family out of it.  I never asked for help; I was miserable to be around at home.

I was wrong to succumb to such thinking.

I haven’t finalized 2012 P&L’s yet, but I believe it’ll show increased revenue of nearly 50% over 2011 (which was such a good year, I was worried I wouldn’t replicate it ever again).

I finally swallowed my pride and saw a doctor about the health issues.  While I feel like a Paul Pheiffer pussy boy every night as I take all my required medications, at least I can breathe and function like a normal person again.

Now that 2012 is over, I think it was awesome, and I’m grateful to be on this side of it, staring at its shadow, and able to smile.

I went to my 4th BlogHer and the inaugural Dad 2.0 conference and had great experiences at both.

I went to my 4th Mardi Gras.

I traveled to the last 4 states I’d yet to see of the 50 United States.

I saw a show at Red Rocks in Colorado (from my paralegal’s “bucket list”).

I got to run with the bulls of Pamplona, Spain (after creating a very useful training video for same).

I went on another paranormal investigation.

I was recognized as a Top Dad Blogger by Babble.

I got to bring the family to my annual conference at St Simons Island, and they actually got along well and behaved!

Instead of being discouraged about 2013 because of 2012’s successes (like I was this time last year), I’m invigorated by them.  I’m planning to take some risks professionally that excite the hell out of me.  I want to go to Germany for Oktoberfest.  I want to take the children to Disneyworld for the first time.  I want to turn our back yard and deck into an integrated patio and green space where can gather as a family and host neighborhood parties.  I want to attend my 20th high school reunion in Nashville this summer.  I want to have an infectious attitude of optimism instead of one of discouragement.

I want to charge the bull instead of running from it.  Figuratively, of course.