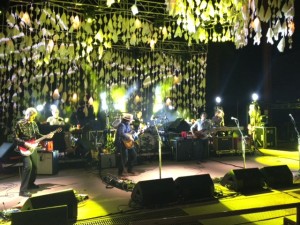 Me:  I think I’m going to hop on an Air Force plane for Colorado Springs this weekend.  You ever been out there?  Got any suggestions besides Garden of the Gods and the Academy?
My paralegal:  One of my “bucket list” items is to see a show at Red Rocks Amphitheatre…isn’t that close to there?
Me:  I think so…yes, it is!  I’ll see if there’s a performance this weekend.  Yes, there is!  I’ll see if there are any tickets left…yes, there are!  I’ll just go ahead and get one.  Looks like I’m seeing Wilco at Red Rocks!
My paralegal:  How awesome for you.
Me:  Got any other bucket list items I can accomplish this weekend?

I hopped on a C-130 Friday; we did some training Saturday morning, and then I had the afternoon to myself.  I rented a car and struck off for Garden of the Gods, a place I visited on a Griswold-esque family vacation in the late ’80s but had little recollection about.  But, I saw this: 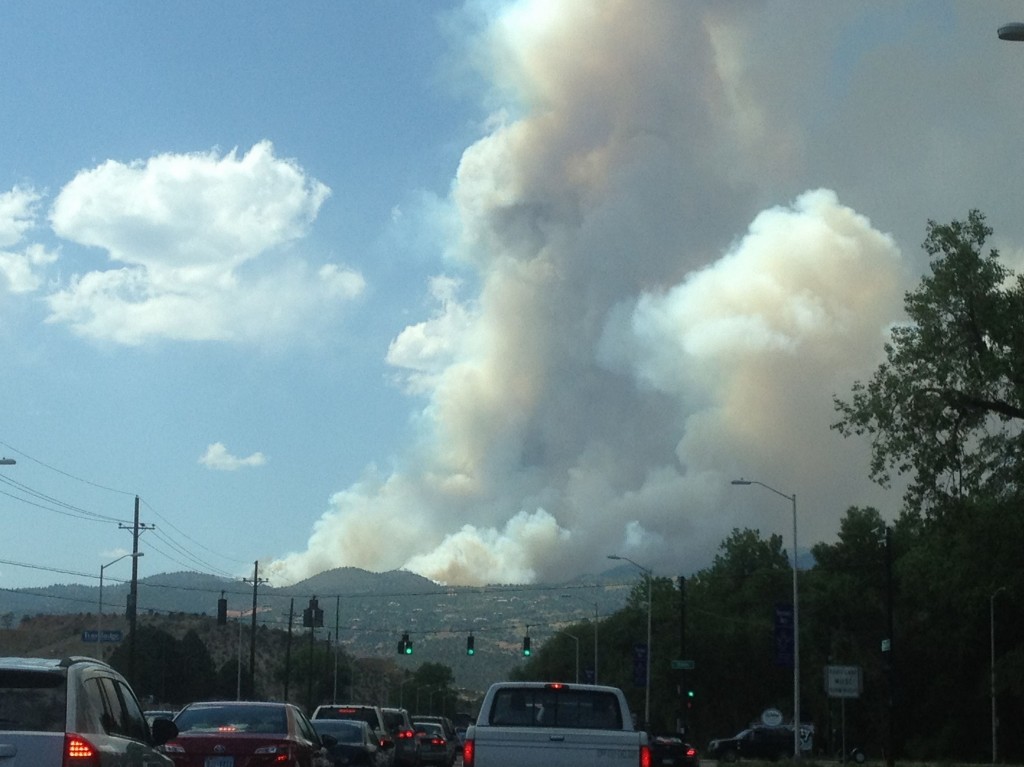 And then the local FM radio station said it:  the park was closed.  So was Pikes Peak.

I turned around, found the highway, and went to the Air Force Academy instead. 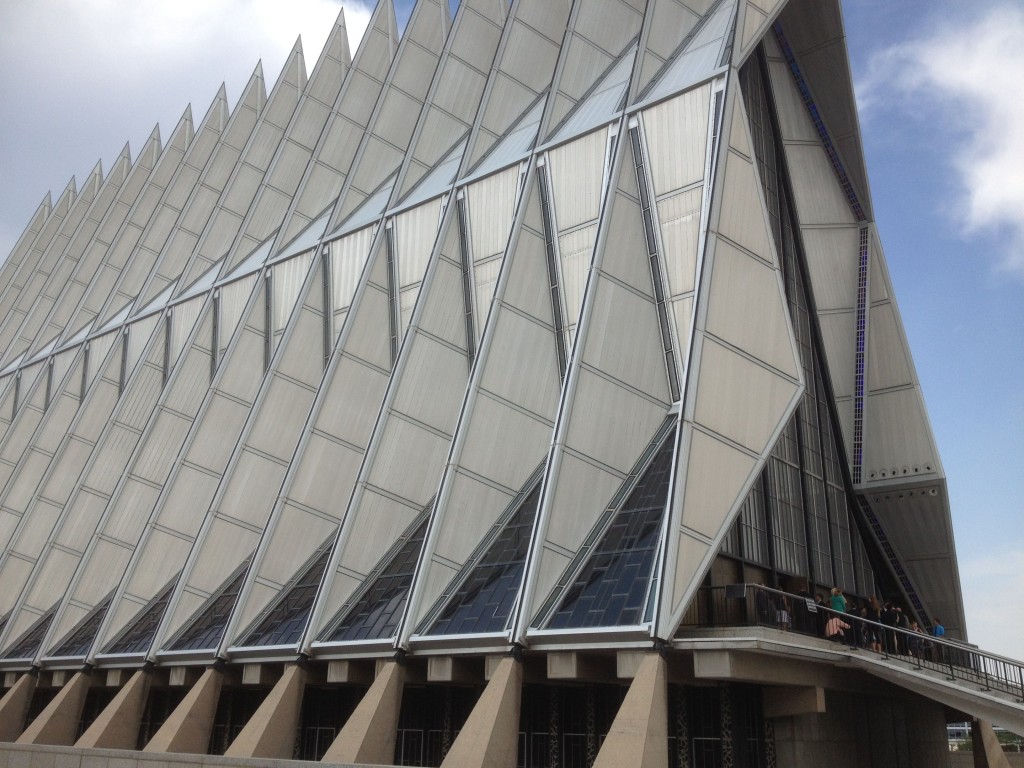 Last Saturday, the smoke was barely visible in the distance from the Academy, but this week, pictures show that it’s within a mile of campus.

I found this little creature on campus, too.  Fleeing the fire while studying aerodynamics. 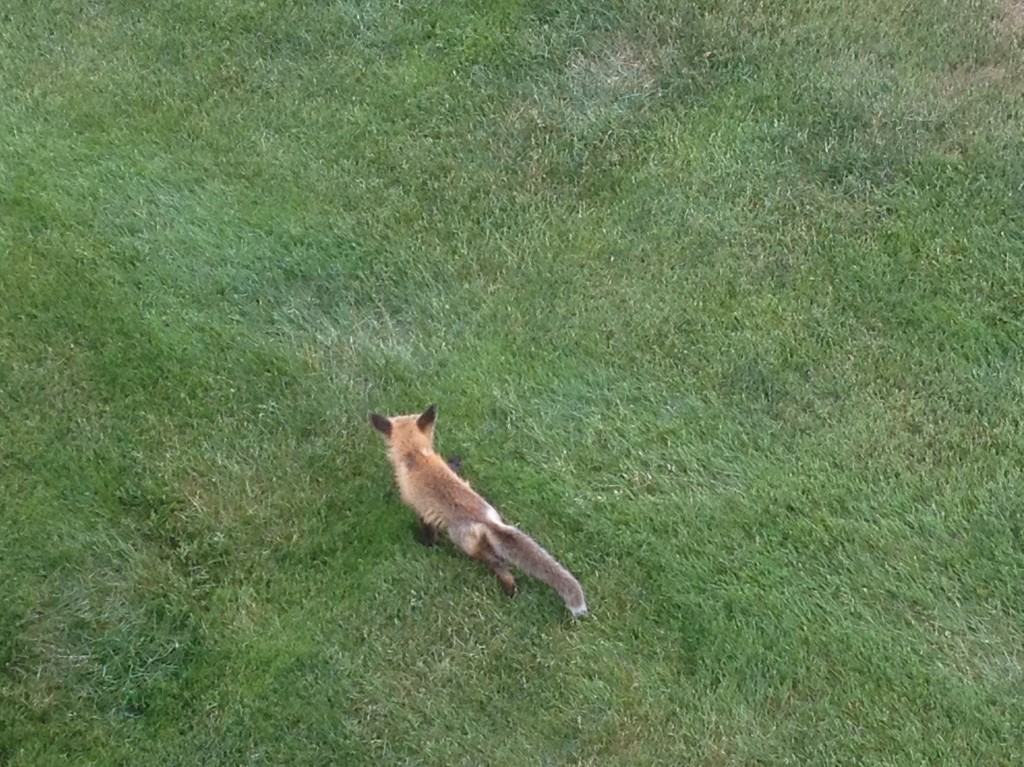 At this point, the other members of my Reserves unit headed to dinner at a chain restaurant, so I drove north toward Morrison, CO to get here: 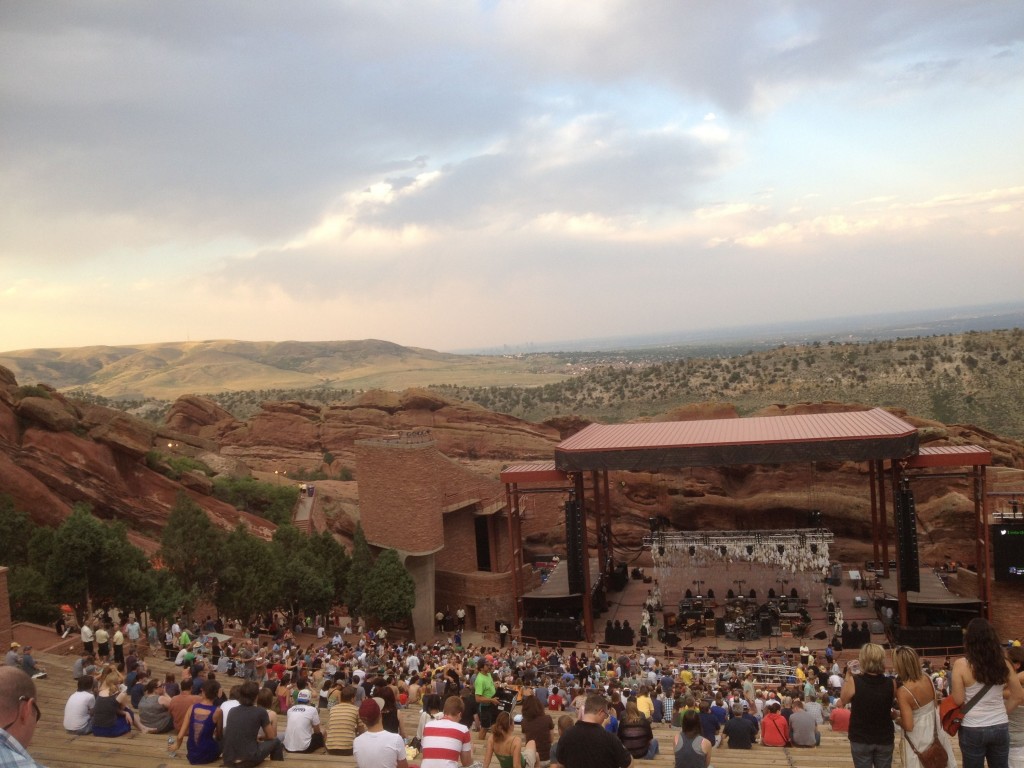 I don’t think this was the blood red sky Bono told us about in 1983.

Smoke aside, the show was outstanding.  All you’ve heard about how beautiful the park is and how unique the acoustics are is true.  And, they have lots of good, locally brewed beers.

I’m not a huge Wilco fan (I have one of the old CD’s somewhere in a box in the garage) and had never heard of Dr Dog before, but I enjoyed both shows.  At one point, I realized I had a 1.5 hour drive back to base and really should stop at 4 beers.  I call this “maturity.”

I left before the end to try and get the car back by midnight.  I was 15 minutes late, used the night drop box, and found a cab back to base in time to get 4 or so hours of sleep before the scheduled flight home.  I asked the cabbie about the fires.

Him:  The pattern seems to point to arson.
Me:  Why the hell would someone set a bunch of fires on a mountain?  What an asshole!
Him:  You said it, dude.

The Air Force plane broke the next morning, so we waited on a government contracted travel agency to get us home, but with all the evacuations, they couldn’t find us a plane out of Colorado Springs, so we were bussed to Denver to fly out at 8pm local.  I got home at 3:30am and had to be up and at work for a 3-hour contentious settlement meeting with my least favorite client ever.  But you know what?  Totally worth the trip.

Leave a Reply to the muskrat Cancel